Fitbit announced an exciting new suite of wellness products today: Ionic, Fitbit’s first smartwatch; Fitbit Flyer, the company’s first entry into the wireless headphone space; and an updated wifi smart scale, the Aria 2. These three products seamlessly connect with one another to offer an easy and individually tailored way to track and attain your fitness goals. And we want the whole package. 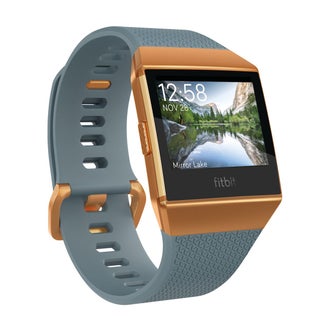 The company describes its new smartwatch offering as “a highly personalized experience not previously seen in other smartwatches.” The watch, looking as chic as their sought-after fitness trackers, builds on Fitbit’s health and fitness expertise with a new relative SpO2 sensor, which offers users deeper health insights (think: a look at sleep apnea). Other perks include GPS tracking, on-device dynamic workouts, improved heart-rate tracking and water resistance up to 50 meters.

“Smart” features include contact-less payments, onboard music and ability to receive notifications. Fitbit fans can also choose from a variety of popular apps and clock faces, all available in the Fitbit App Gallery. Despite its fancy and new deliverables, Ionic still sticks to the ‘bit roots, with battery life lasting up to four days, automatic activity and sleep tracking, as well as and cross-platform compatibility. It drops October 2017 and is available for pre-sale at Fitbit.com. A new adidas special edition device coming is also coming next year. 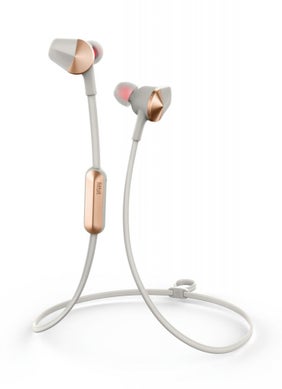 Fitbit is also adding a sleek pair of headphones to the family—Flyer. The musical addition comes in white and rose gold, reminiscent of their special edition Charge 2 that also offers the classic-looking colorway. “As we launch our first smartwatch with on‐device music, providing quality wireless headphones to better help users reach their goals is a natural extension of our product offerings,” said James Park, CEO and co‐founder of Fitbit. 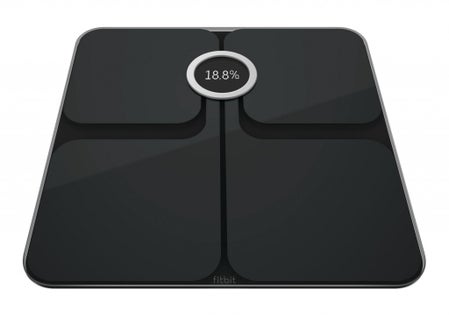 Finally, the Aria 2 is described as an FDA regulated medical device. “[Aria 2] has been reengineered for greater accuracy, easy setup, improved interface to get you started faster on your health journey.” Using wifi and Bluetooth, it connects to the Fitbit app to make tracking your progress seamless and stress-free.

“The Ionic offers an amazing array of functionality in a beautifully designed package. I am most impressed with the ability to use the Ionic in a range of fitness settings,” explains Rebecca Warren, Women’s Running editor-in-chief, who attended the product launch event. “It performed fantastically well in a 90-minute pool workout, including being able to use the touch screen underwater. It works well as a smartwatch too; I love the ability to go for a run and have my music, a personal coach and a credit card all on my arm, with no need to bring my phone along for the ride.”

Regarding the Flyer, Warren says, “I always struggle with ear phones falling out when I run, so the unique ability to customize each earpiece on the Flyers means I can concentrate on my form instead of my earbuds.”