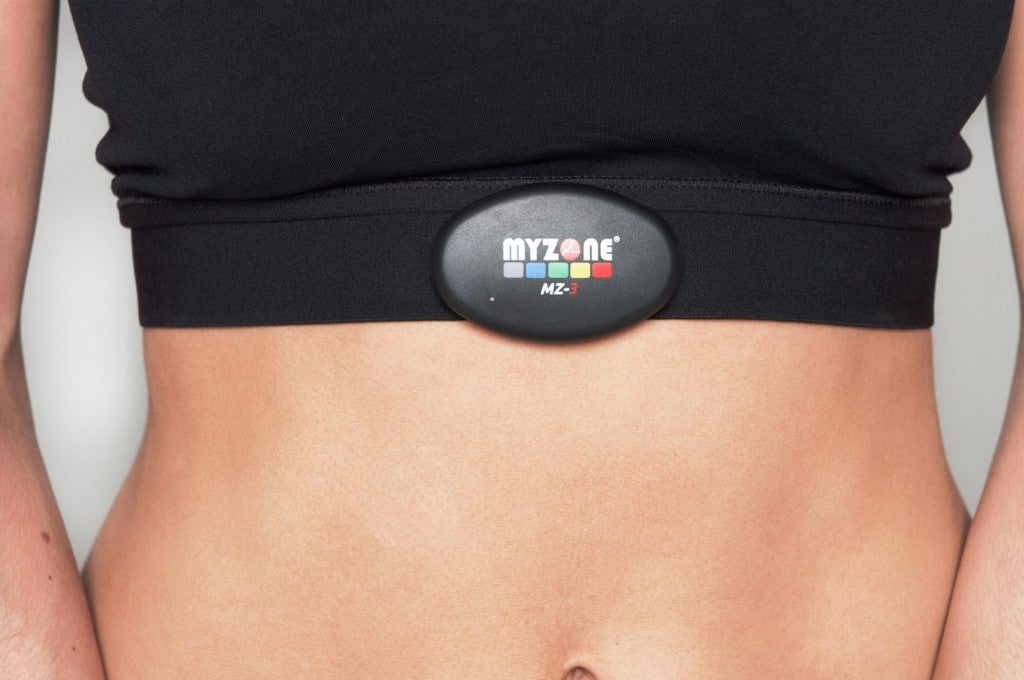 There’s a new sports bra in town and it is safe to say that it is smarter than all of the rest.

The MYZONE Sports Bra has built-in fitness tracking, eliminating the need for a heart rate monitor and wrist-based activity tracker. A huge benefit to the bra is that it can track virtually any activity—unlike some fitness trackers that have only running or biking options—and the app includes social features that allow you to virtually train with friends and family.

We talked to Emmett Williams, President of MYZONE, to find out more about how the MYZONE Sports Bra was developed and how to use it.

Where did the idea for the MYZONE Sports Bra come from?

For the last five years, we have offered a chest strap worn device. As we surveyed women in the fitness community we learned that many had the perception that wearing a chest strap would be uncomfortable. When we survey our actual users, they say something different, but we want to deal with that perception and offer women who might find the chest strap uncomfortable an alternative way to use our product.

Is it as simple as putting it on and going?

Yes, one of the best things about the MYZONE Sports Bra—and the chest strap—is that it’s a grab and go product. Simply put the bra on, and start your workout. The bra stores up to 16 hours of internal data, so there’s no need for users to carry their phone or pair the device while they workout. There are so many steps involved in establishing healthy workout habits—everything from simply getting dressed, to getting to the gym and cueing up your music—and we believe that using your fitness wearable should be something that makes it easier to workout, not harder.

Why is this bra optimal over using a traditional heart rate monitor?

The main differentiator between the chest strap and the bra is comfort. Our sports bra has all the same features and accuracy as our chest strap, so it really comes down to personal preference and what is more comfortable for individual users. The chest strap is essentially molded into the bra to make it a comfortable experience.

Does the MYZONE Bra work with a specific app or fitness tracker?

Yes, the sports bra works with the MYZONE App. Throughout a workout, the users’ effort level, based on their heart rate, is displayed on the app via five color-coded zones – grey, blue, green, yellow and red. The harder a user works, the higher the percentage and more intense the color, earning the user highly addictive MYZONE Effort Points (MEPs). The MEP system makes the data MYZONE captures meaningful and simple to understand, taking the guesswork out of training and handing the user complete control of their workout. Users can also track their progress over time, challenge other MYZONE users or set personal challenges, and communicate with other MYZONE users.

Want to learn more? You can watch a short video on MYZONE’s homepage to see how the app works in conjunction with the bra. The version of the bra that is out now is their ‘low support’ version and they plan to release a version of the bra with more support later this year.

Read More:
80% Of Women Totally Get Their Sports Bra Size Wrong
There’s A Reason Why Many Sports Bras Still Suck

How Technology Can Help You Track And Manage Stress