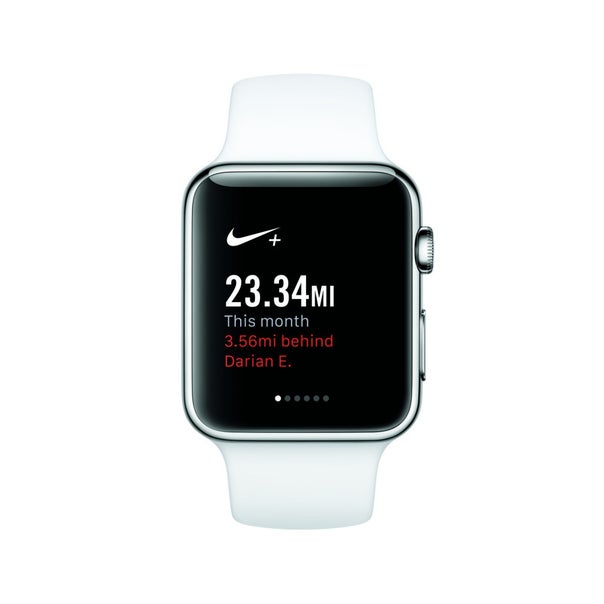 With much anticipation, the Apple Watch 2 is making waves in the health and fitness world. When the Apple watch was first launched, the concept and idea was to keep you connected to life without having to pull out your iPhone to do it. Here are some of the fancy things that come with the popular wrist fruit upgrade:

With new designs, upgraded features and apps, Apple Watch 2 is categorizing itself as a health and fitness companion. Features like HealthKit track your activity—similar to the original—and it is also supposed to flag symptoms of illness or unhealthy body turns before they happen.

In addition, the built-in fitness tracking and motivation apps, like Workout, Move and Activity, are easy to access and keep you tuned in to your movement. It’s easy to access more than 3,000 apps, like Nike+ Running, Runtastic, Strava and Lifesum, right away, which sync up to your phone with ease.

Siri has become more useful with the watch iOS 2 upgrades (available now). Instead of asking Siri for a core workout, the famous GPS voice can now start it for you. In addition, Siri retrieves public transit information from Maps, open Glances without a swipe and communicate with your HomeKit accessories based on your verbal commands.

The battery life has not been confirmed to be longer than the current model, but it is speculated to have an extended battery life.

With new colors and material, like rose gold, it is easy to find a device that matches your personality. Switch watch bands and faces any time you want. Plus, there could be a sport version of the update to join the cult Apple family.

Industry experts who follow Apple products closely are almost certain that the Apple Watch 2 will use the same “wireless” magnetic induction technology to charge, rather than a plug-in cable like the iPhone.

Apple Watch 2 is expected to launch in early September 2016 alongside the iPhone 7, but others speculate it might make an appearance next month!