There’s a reason so much buzz exists around the TCS New York City Marathon—first and foremost, it’s the largest marathon in the world. Beyond that, there’s significant excitement surrounding this year’s race due to the strength of the professional women’s field (especially the American pros). As coverage of this year’s November 4 race starts heating up, we’re taking a look at some of the shoes that running brands have designed exclusively for New York City. Whether you’re racing yourself or simply love the city, we’re betting some of these shoe designs will appeal.

As the official apparel and footwear sponsor of New York Road Runners—and the New York City Marathon by extension—New Balance faced the task of assembling designs that fit the city, its inhabitants and those that travel to race along its streets. This year’s official NYC Marathon shoe (click here for our deep dive on these racers) features copper detailing as a nod to the Statue of Liberty and a mosaic print along the upper designed in tribute to the city’s expansive cultural landscape. 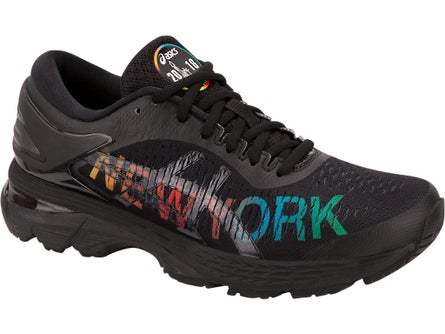 Asics put a New York City spin on the 25th iteration of its Gel-Kayano shoe, which was first released in May 2018. Featuring the brand’s Flytefoam Lyte midsole technology and a jacquard mesh upper, this shoe has the technical makeup that made its release a hit over the summer and adds splashes of color over the blacked-out design to make its New York emphasis pop.

Paying homage to New York City’s bustling art scene, Brooks Running’s designers created a special upper for the brand’s popular Ghost 11 shoes. “We turned to the style of pop art popularized in New York and found design insights that represent the big city which will motivate and celebrate runners inspired by it,” Brooks Running Footwear Merchandising Director Brice Newton said in an official press release. Featuring a red apple on the toe with a speech balloon directly above it that reads, “26.2,” a comic book “POW!”-style burst that instead shouts, “NYC!” and a simple Statue of Liberty image beneath the heel collar, the graphics decorating this shoe’s upper are what makes it so fun. 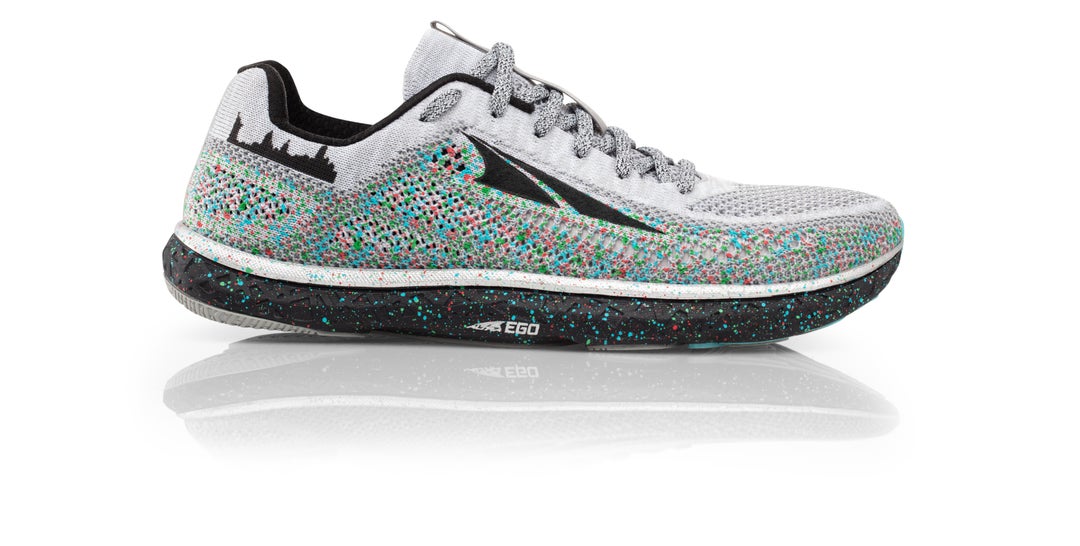 The brand known for designing women-specific shoes is jumping into the NYC game with its neutral road Escalante Racer. This shoe takes the brand’s Escalante to the next level with an EGO midsole (designed to give the runner a sturdier ride for increased energy return) and maximum breathability—and, of course, the wider toebox that serves as one of the brand’s core identifiers. The New York City skyline beneath the heel collar and the speckles of color sprinkled on the lower half of the upper and on the midsole give the shoe a youthful feel that’s well-matched for the marathon’s hosting city. 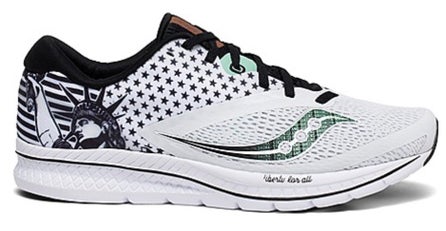 These classic-looking kicks stretch stars and stripes across the upper with the Statue of Liberty proudly holding down the heel. Featuring copper detailing on the tongue and mint green touches around the eyelets and logo, this shoe taps deep into the inspiration well, channeling one of the city’s most iconic emblems to carry runners from the start line in Staten Island through the finish in Central Park.