We, here at Women’s Running, know that sometimes rewards are good bribery to keep us trucking along towards running goals. One of the best motivation boosters we’ve found is a new pair of running shoes. We feel giddy over lacing up a new pair of shoes for their maiden run. 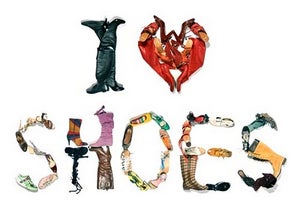 Known for their signature bold colors, Newton Running creates shoes to transform the way we run. Bringing us back to natural running form, Newton Running shoes are specifically designed to help us mimic barefoot running by supporting midfoot/forefoot landing. By striking the mid to front section of your foot, you will run faster and more efficiently. We’re huge fans of anything that makes us gain speed, so we took a pair of Newtons out for some test runs.

Women’s Running tested out the Women’s Motion Stability Performance Trainer on everything from a 3 mile easy run, to interval training, and a 14 mile long run. The verdict: these shoes ROCK! Upon trying them on for the first time we immediately noticed their light weight. Weighing only 7.7 ounces, these shoes are lighter than most trainers on the market, which average between 9 – 11 ounces. Lighter shoes = quicker turnover = faster running!

Second to the lightweight, we noticed the “lugs” on the forefoot sole of the shoes. The “lugs” are meant to encourage mid foot/forefoot landing. Though we were skeptical at first and thought we would feel the “lugs,” we didn’t. They seamlessly do their job without causing discomfort. We did follow Newton’s recommendation of gradually wearing the shoes for longer periods of time. Since the shoes immediately increase forefoot striking, you calves will need some time to adjust to the demands of the new form. Inevitably, your calves will grow stronger and more toned (BONUS!).

Finally, we tested out the claim that Newton Running shoes reduce recovery time between runs. After the initial adjustment period (conditioning our calf muscles), we did notice a difference in how our legs felt after a grueling run. After a 14 mile run in Newtons, we put on compression socks (as we do after every long run) and the next day our legs felt noticeably more fresh than typical. Who doesn’t want fresh legs faster?

All in all, we were pleased to have Newton Running shoes help us Run Better. Check out Newton’s site to read more of the science behind the shoe design. All of the bright Newton colors have us curious, if you could design a pair of shoes in any color, what color would you choose?

Do Running Shoes Cure or Cause Injuries?

Help us Put Your Old Sneakers to Good Use

The Pain In Your Foot Could Be Plantar Fibroma