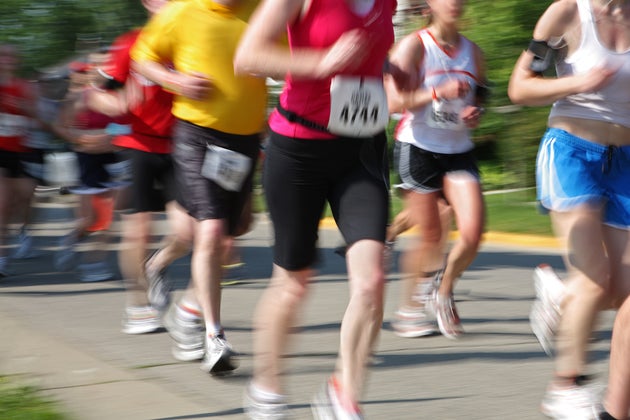 As I passed the 12-mile mark at a recent half marathon, I glanced down at my watch and smiled.

Seven minutes and change later, 1:45 came and went and I was still running.

At the end of the race, according to my Garmin watch, I had run 13.4 miles.

I thought about it some more. My watch beeped and buzzed as I hit each of the first few mile markers earlier in the race. But as I got further along, something happened and I started running more than the advertised race distance. My watch would sound the alarm that I had run another mile before I crossed the sign along the course. By the time I reached mile 12, I was about a third of a mile off.

Race distances rarely lie, as they’re set up with the latest technology called the calibrated bike method. Jim Gerweck, a USATF course certifier based in Connecticut, said the method has been in place since the early 1970s and involves riding a bicycle outfitted with a counter that notes each time the wheel makes a revolution. At the end of the ride, some math calculations are made and the course distance is revealed. The route is ridden four times, and then, once the distance is figured out, two more times. The shorter route of those final two rides is the final distance.

Knowing this, there was no doubt the race I did was 13.1 miles, since it was a USATF-certified course. But, to be blunt, I was frustrated. How was it possible that I ran a third of a mile further than I should have? Did I not take the fastest route along the course? Perhaps I should have taken some sidewalks and cut through some front lawns.

“Courses are measured along the Shortest Possible Route (SPR), which means cutting all the tangents, etc.,” Gerweck said. “However, like a track race, the running course is defined as being 30 centimeters from the curb. Unless specifically allowed, going inside this line would be cutting the course and grounds for DQ.”

Taking the SPR, however, is harder than you might think—even for experienced professionals, Gerweck said.

The other issue at play here is GPS watches. They all communicate with satellites to determine speed and distance, but things like cloud cover, thick crowds, buildings and a high concentration of GPS units can affect their accuracy. Still, it’s best to try and take the SPR during a race—that means hugging the curb around corners and staying away from zig-zagging too much. Another potential issue, although less prevalent, is people starting their watches too early or stopping them too late. Heck, I forgot to stop mine after finishing a 5K a few weeks ago. Always be sure to start your watch when you cross the startling line, not when the gun goes off and you’re back in the starting corral.

I talked to triathlon coach and race director David Glover, who spoke of my dilemma in the context of a multisport race. Triathlons are harder to measure accurately because the entire course is more diverse and has more room for error—such as the swim course, which is nearly impossible to swim on the straightest line, as well as transition areas, turnarounds, etc.

“The best way to stick to the distance is to know the course, swim straight between the buoys and stay on course,” said Glover, MS, CSCS, developer of ENDURANCEWORKS training plans and race director for the Luray Triathlon. “Many athletes don’t sight well so they swim extra. Athletes also make mistakes by either going off course or doing an incorrect number of loops—either too many or too few—on a looped course. Know the course.”

The lesson here is simple: Start and stop your GPS watch at the right times, take the shortest route you can while staying on the course and, at the end of the day, don’t put all your stock into the watch on your wrist. After all, it’s just a gadget.