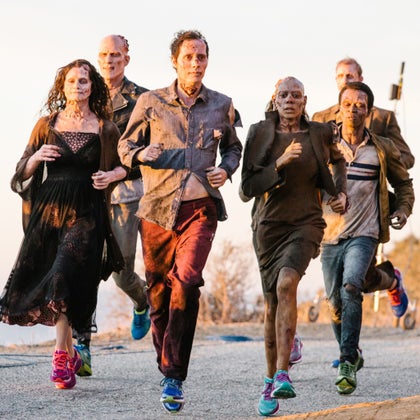 Two weeks ago, Brooks launched their first-ever TV commercial during the Olympic Trials Marathon on NBC. Called “The Rundead,” the commercial captures  how running can change anyone and “creates a call to action to inspire happiness and positivity through running,” according to Anne Cavassa, Chief Customer Experience Officer.

As chasing a man into an abandoned running store, a group of zombies discovers pairs of Brooks shoes, changing them from blood thirsty creatures to content runners. The commercial reaffirms that running can make you feel more alive—even if you are the undead.

Check out the extended version below.