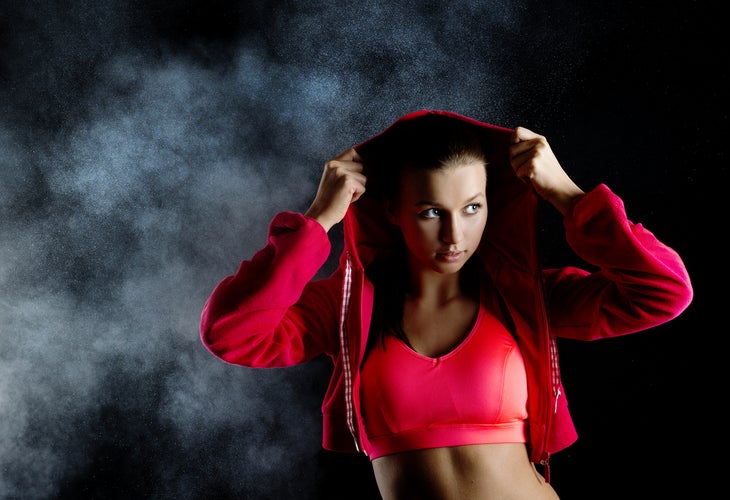 In an in-depth analysis of the evolution and current state of the sports bra, Racked.com gets down and dirty with the facts about why sports bras are still somewhat of a mystery in today’s running world. Here’s a quick hit of the birth and growth of the sports bra through time:

Victorian era: Women used corsets to keep the girls (kind of) in place. Think: 1887 Wimbledon, where players would swap out bloody corsets for fresh ones.

1920s: Finally, a bra for sports. But they still didn’t serve every athletic women and wouldn’t totally become mainstream until…

1977: The “sports bra” was officially invented by Lisa Lindahl and Polly Smith. The name? Jogbra (briefly known as “jockbra”).

Today: The bosom buddy market is estimated to be worth $15 BILLION. Whoa.

So it’s still very, very recent that sports bras have even become 100% relevant or treated as “necessary” in the world of sports. Toss in the soaring numbers of female participation in running, and it makes a very valid argument for why powerhouse activewear companies are producing bra updates as frequently it seems as shoe updates.

But despite the upswing in boob relevance, researchers still struggle to craft the perfect sports bra solution the serves every movement, body type and sport. According to Racked.com, “There is nothing biological working to stop breasts from moving. Without any such built-in support, as any person with breasts can attest, they bounce up and down freely, which can cause a fair bit of discomfort.”

One researcher, Jenny White, conducted a study that used women runners from the 2013 London Marathon. Trying to get a more accurate read on bra performance and comfort level, she recruited 1,300 runners to participate in the study WHILE running the race—an obviously different simulation than simply running in a lab. The shocking reality? 75 percent of marathoners reported having issues during training with their bras.

Related: 80% Of Women Get Their Sports Bra Size Wrong

While the options seem endless that are currently on the market—plus more and more major brands, like Nike, Under Armour, Victoria’s Secret, Lululemon, are upping their bosom game—there’s still plenty of research to be done on what makes a bra comfortable, functional and fashionable. However, after our 2015 Bosom Buddy Awards testing (look for it in our Jan/Feb 2016 issue), we tend to think that the chest industry is getting smarter by the day.