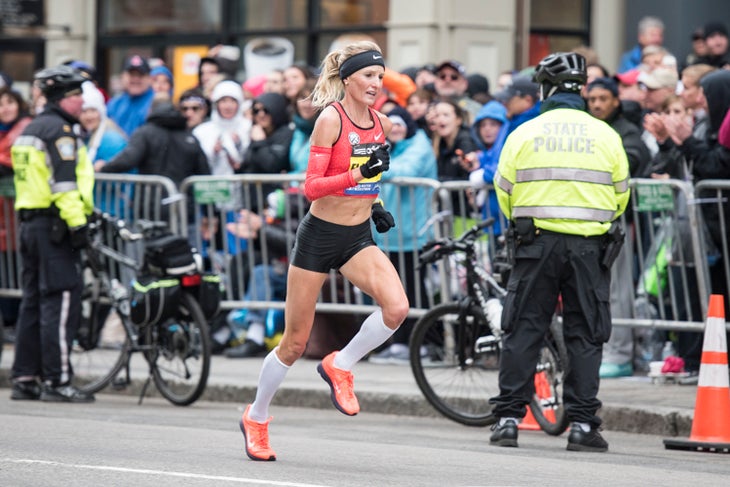 Update: Shalane Flanagan withdrew from the Boston Marathon in February due to injury.

Remember the Olympic marathon team? That time Galen Rupp ran his first marathon and finished third? When Meb slipped and followed with some pushups? What about when Shalane Flanagan, Amy Cragg and Desi Linden ran for blood and gutted it out over 26.2 miles? And of course, Jared Ward, perhaps the lesser-known of the bunch, who finished sixth in Rio.

Five of the six are toeing the line at the Boston Marathon next April. For Galen, it will obviously be his Boston debut, as it will be Jared’s too. Meb will return after winning the 2014 Boston Marathon, and he’s said that 2017 will be his final competitive year (he plans to end at the NYC Marathon in November).

Shalane will return to run Boston for the fourth time in five years. One of her biggest outstanding running checkmarks is to win her hometown event. Desi will join her as a top American headlining the women’s field. Should one of these two capable women win, she would be the first American woman to break the tape since 1985—and we are stoked to tune in.

Shalane already expressed her excitement via Twitter to “come home”:

The 2016 winners will also show up in 2017. Amy Cragg, the sixth member of the U.S. Olympic marathon team, was not announced to run.