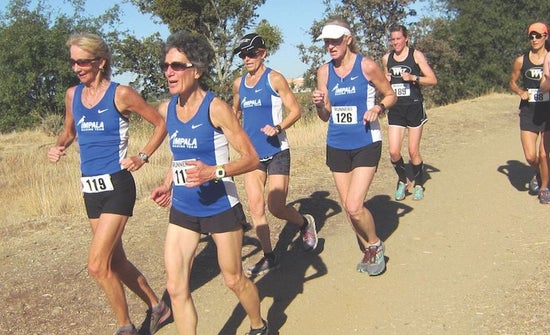 Lacing up racing spikes and taking your run off-road doesn’t have to be a thing of the past once school days are over. In fact, running cross country races as an adult is the perfect way to spice up your training and add some variety to your running résumé. Check out these cross-country events, known for their fast and short courses that traverse various elements.

Related: What No One Tells You About A Cross Country Meet

If running a Boston Athletic Association race in Boston is on your bucket list, the Mayor’s Cup on October 22, 2017 is the race for you. You get all the fun of running in the historic city without the full mileage and qualifying restrictions of the town’s famous marathon. Starting in Franklin Park, just 5 miles outside of downtown Boston, the race boasts excellent footing with 99 percent of the course on dirt and grassy surfaces.

Cross-country runners who want to race for a cause will love the September Run4Hope 5K. Benefiting CDKL5 (a life-threatening genetic disorder) and epilepsy research and awareness, the race utilizes the Trivium Academy Cross Country Trail and features a family-friendly festival atmosphere. With pony rides, a donut dash and on-site pet adoptions sponsored by the SPCA, there’s no doubt the whole family will have fun while giving back at this event.

Speedy runners and teams will love chasing record-breaking times at the Willow Hills Cross Country Open on October 7, 2017 in Folsom, Calif. Both the women’s and men’s races traverse the same course used by high school competitors—running over two quick bridges, around a reservoir and through the oak trees before crossing the finish line.

The September NYRR Kurt Steiner Cross Country 5K honors one of the founding members of the New York Road Runners. This event, named after the famous race announcer and competitive runner, begins on a field bordering Broadway before entering a woodsy trail and looping back to Broadway, where the finish is just beyond the Tortoise and Hare statue. With entry fees as low as $10 for NYRR specialty members and $13 for nonmembers, this race is a no-brainer for anyone hoping to give cross country a try!

Why Are Women Running 2,000 Meters Less Than Men In Cross Country?

Should You Run A Race Wearing A Watch?

A Testament To The Impact Cross Country Has On Young Girls