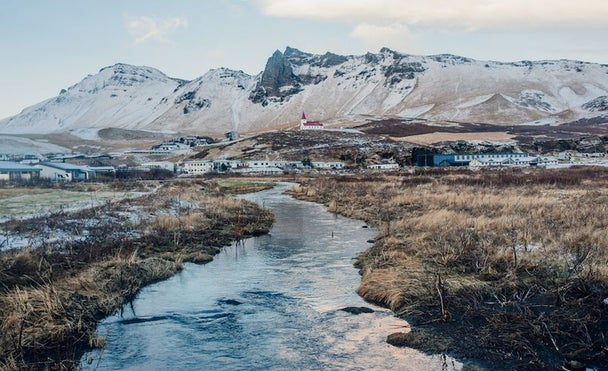 Tomorrow is the inaugural 24-hour Ultra World Championship Spartan race, to be held at the Hamarshöllin Sports Club and in the surrounding fields and mountains in the town of Hveragerði, Iceland. The well-known obstacle course race series is upping the ante on its participants by not only testing the limits of athletic endurance with a 24-hour race but by setting it in the beautiful and unforgiving landscape of Iceland. The land of fire and ice only receives about four hours of daylight this time of year, and temperatures are well below freezing at the moment. That won’t stop Spartan racers from tackling a challenging 5-mile loop of more than 20 natural and manmade obstacles as many times as possible during the 24-hour race. It will be as much a mental test of stamina as a physical one, battling constant wind, frigid temperatures and forecasted snow. Some of the obstacles racers will encounter are the spear throw, the sandbag carry and the tire drag. The brutal burpee penalty is in play during the race. The minimum distance of 26.2 miles (42 kilometers) will earn competitors a finishers medal, but only the strongest will vie for the title and prize money. The top five men and women will take home more than $25,000 in cash prizes–but they’ll have to complete more laps than the rest of their fields in order to be crowned champions.

Preparing for a race like this is an epic undertaking in itself. Besides all of the training hours required to run the race, competitors need to be properly prepared with the gear required to combat the elements. This is the list of mandatory gear that Spartan requires competitors to have:

Power Systems, the title sponsor of the race, will present the live streaming broadcast of the race, which will be available in three 3-hour periods throughout the 24-hour event. Streaming on the new Facebook WATCH video platform, the broadcast will be dynamically produced with multiple cameras, drone coverage, graphic packages, audio commentary, replays and interviews with athletes and OCR experts. To view the broadcast, visit Spartan Race LIVE.

Follow Women’s Running‘s Instagram stories throughout the weekend to see behind the scenes footage from the entire race starting on December 16. We will be following along with the racers as they tackle the toughest Spartan race ever!

5 Things You Should Know Before Running A Ragnar Relay