Today is one of the biggest days of the year in the running community. In its 116th year, the Boston Marathon will deliver an exciting field of runners including the world’s finest elite and top age groupers from near and far. 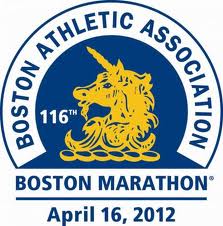 Though we’re proud that women consistently have a strong showing at the race, we weren’t always allowed to participate. In fact, 2012 marks the 40th anniversary of the legal entry of women in the Boston Marathon. It’s hard to believe that only 40 years ago, women like Joan Benoit Samuelson, Lorraine Moller, and Desiree Davila weren’t permitted to run.

The revolution of women entering the Boston Marathon began five years prior to official acceptance. In 1967, Katherine Switzer registered for the race using the name, “K. V. Switzer.” Race officials did not know the “K” stood for Katherine. When they discovered Katherine was running with an official race number, they attempted to remove her from the course. With the help of her boyfriend (who was running with her), Katherine fought back and continued running to finish the race in 4 hours 20 minutes. Five years later, the Boston Athletic Association (BAA) decided to allow women to run and the rest is history.

Today, we want to thank Katherine and all of the other female runners who’ve continued to show the world how amazing we truly are! Women’s Running magazine will be covering the 2012 race LIVE from the elite women’s lead car. Don’t miss the action from an insider’s view- follow @jessiesebor now!

Many runners have the Boston marathon on their “bucket list” – what race is on yours?

In a Battle Down the Homestretch, Emily Infeld Makes the 5K Worlds Team