With less than five days until the 2012 Olympic Marathon race, athletes from around the world are pressed to make final preparations for the ultimate showdown. While many have mastered training plans that will allow them to achieve peak performance on race day, others are fighting nagging injuries that threaten to keep them on the sidelines. Welcome to London Olympic Marathon Madness. 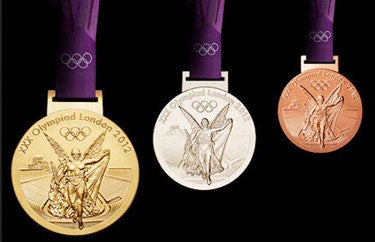 Over the weekend, four time Olympian and hometown favorite Paula Radcliffe withdrew from the women’s marathon distance race. Radcliffe is the London Marathon record holder who is suffering from a foot injury that will prevent her from competing. 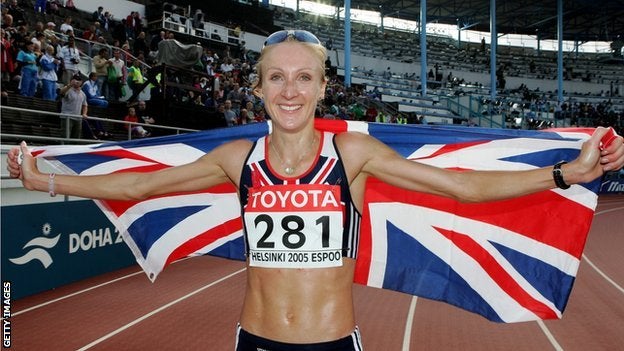 Paula Radcliffe made the grueling decision to withdraw from the 2012 Olympic Games.

American runner Desiree Davila, who finished second at the Olympic Trials in January, may follow Radcliffe’s suit if her right hip flexor tendon injury doesn’t improve in the next few days. In a media blunder over the weekend, Davila’s coaches sent an email indicating she would not run the Olympic race. Word of Davila’s supposed withdrawal spread like wildfire through various social media outlets before making its way back to Davila, herself. She quickly took to her Twitter account to let fans know she has not made a decision by stating, “My race, my final call.” We’re crossing our fingers to see Davila line up against the world’s best on Sunday, August 5th. 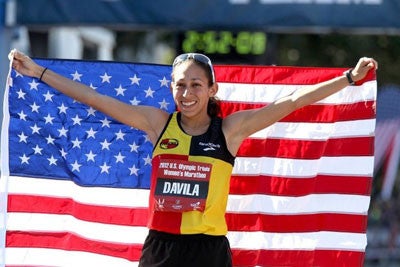 Will Davila compete on August 5th?

Not all athletes are plagued by injuries, although some have to fight battles that seem just as difficult. In the end, winning the battle feels like sweet victory. Esther Obiekwe will make history at the 2012 Women’s Olympic Marathon as the first women to run from Nigeria. Though Obiekwe is a full time banker, she manages to find time for training and has competed at some of the world’s most renown races including, Athens, Berlin, Boston, and Dubai. Obiekwe’s employer, Diamond Bank announced it would be sponsoring Esther’s training kits as well as her travel expenses to London. Obiekwe views her participation as not only a personal achievement, but as one that she will share with all Nigerian women. 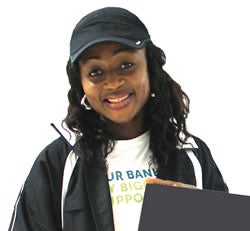 Esther Obiekwe will be the first woman to represent Nigeria for the marathon race at the Olympics.

Though we don’t know what the outcome of the race will be, one thing is for sure – we can’t wait to see strong female runners from all over the world line up to chase down a medal on Sunday.

Who will you be cheering to win the 2012 Women’s Olympic Marathon?