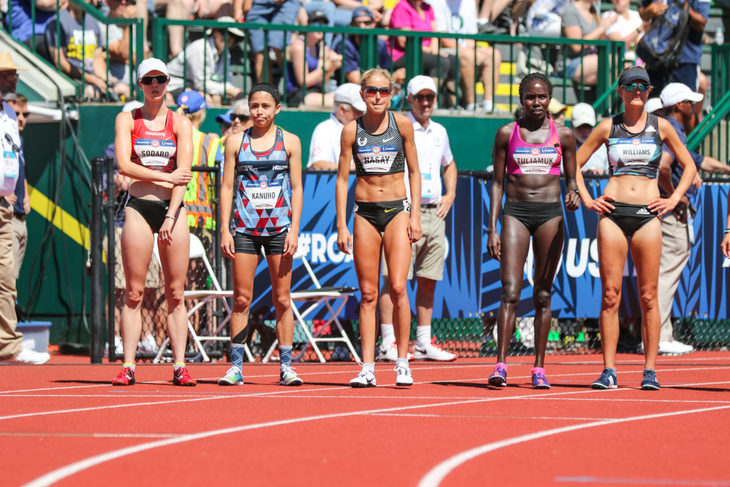 Jordan Hasay will run her first Boston Marathon—and her first marathon ever—this year. And in some ways, she’s feeling the excitement.

“I’m very excited,” Hasay said at the press conference in Boston on Friday morning. “It’s sort of surreal. I feel just like a little kid. I want to ask everybody for their autographs.”

But there’s also a sense of sadness because of who will not be able to watch her finish down Boylston Street. Hasay’s mother, Teresa, died last year. It was her mother who got Hasay started running—six miles every day around the neighborhood in fourth grade.

“I was leading all the boys,” she recalled of that time in elementary school.

She has grown up to continue to lead the pack, including most recently a win in the U.S. 10M Road Running Championships last October in 52:49. Since then, she finished fourth in the Houston Half Marathon and—just two weeks ago—was sixth at the Sportisimo Prague Half Marathon (1:07.55) on April 1.

“I was a little concerned that she would go fast in Europe,” said former Boston Marathon champion Joan Benoit Samuelson. “It was so close [to the date of Boston].”

Samuelson was the one who recommended that Hasay make her marathon debut in Boston. “She’s a good friend of mine,” Hasay said. “I’m really lucky to know her pretty well. It’s a huge honor … I love her spirit. She reminds me of myself, her passion for the sport.”

Samuelson said that the inspiration is “a two-way street.”

“I have watched [Hasay] rise through the ranks,” she said. “I first saw her run as a high school student, through [her college days at] Oregon. I think she’ll do really well.”

Hasay is coached by another marathon champion—Alberto Salazar. “He just said, ‘It’s going to be real tough,'” she said. “We’ve done 25-mile long runs and he’s made me jog the cool-downs for 26 miles. He just said the hills are not as bad as you think after the cumulative effect of downhill trainings.”

She added, “I don’t have a specific idea in mind [for pace]. Go by how you feel. I’ll feel good in the beginning, then a lot slower. I’ll run my pace. I haven’t done anything with pacers. I’ll stick to what I know and feel comfortable [with]. 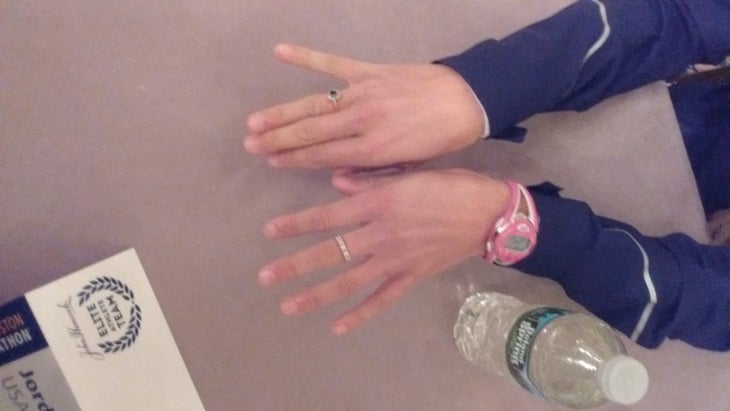 But she will have two powerful sources of motivation: a ring from her grandmother, who is 84 now, and her mother’s engagement ring, which her father gave to Hasay after her mother died.

“I feel like I’ll have a sense of purpose,” Hasay said. “She’ll be with me. In her handwriting, it says, ‘Boston, be my shining star.’ That’s what I tell myself. Shining star.”