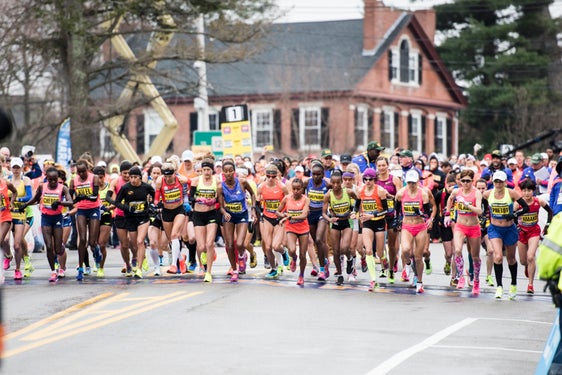 The Boston Athletic Association (B.A.A.) released the time breakdowns for those accepted into the 2016 Boston Marathon this morning. Runners who beat their age-group qualifying time by 2:28 or more made the cut for running in the 120th running of the marathon. Here’s a breakdown of the 30,000-person field that will be competing on April 18, 2016:

“For so many runners, qualifying and participating in the Boston Marathon is the highlight of their running careers,” said Tom Grilk, B.A.A. Executive Director. “It is extraordinarily difficult to inform those who have qualified that the field size is limited and there is not enough space for everyone. We have worked hard to ensure a fair and balanced registration process that gives qualified runners the best opportunity to participate in the Boston Marathon. In order to ensure the greatest race experience for runners, spectators, and everyone in the community, we work with many constituencies to determine the most optimal field size.”