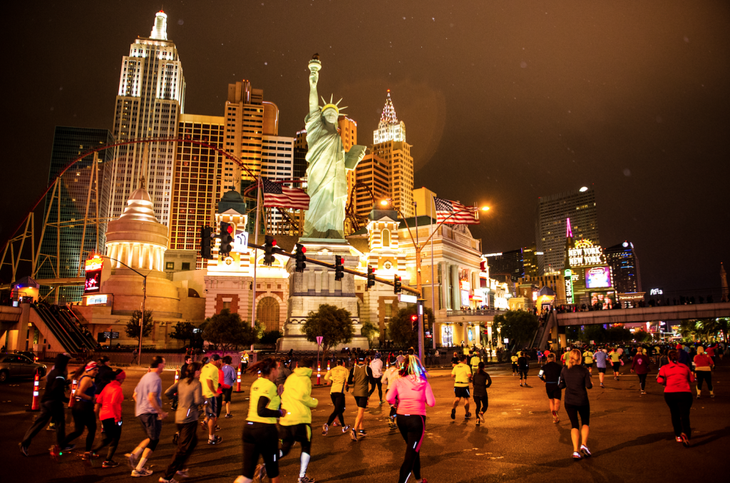 Registration for the 2016 event is now open—and you need to be there!

What does it take to put on the only race in the world that passes both the Statue of Liberty and Eiffel Tower?

When the weekend for a big race nears, runners dial in their plans. How will we pick up our bibs, get through the expo and make it to the start line on time ready to nail our race goal? After the gun goes off, we note the markers as we tick off the miles, grab water cups from cheering volunteers and thrust our fists in the air as we step across the finish. Then we drag our weary (but happy!) bodies past medical tents, snack stations and mylar blankets to find a spot to celebrate or rest our exhausted legs.

We are so concentrated on our race, we seldom consider how those cups got on the tables or blankets to the finish line. Turns out, this whole ordeal is a massive undertaking. The behind-the-curtain stakes are even higher when you’re talking about one of the largest races in the world, which executes four distances over two days (and nights) and completely shuts down one of the most famous streets in the world. We caught up with the team from the Rock ‘n’ Roll Las Vegas Marathon & 1/2 Marathon to find out what it takes to host 40,000 runners across four races in one weekend in Sin City.

EXPO EXPERIENCE
“The expo is the first time Rock ‘n’ Roll gets to interact with the participant, so we always want to start with a bang,” explains Kevin LaRue, the Vegas event manager. Formerly a two-day event, the expo extended to three days in 2015.

LaRue’s expo team maps out and places approximately 180 booths over more than 200,000 square feet of space in the enormous convention center. While race weekend may commence as early as Thursday for some runners, on-site preparation for vendors, staff, contractors and convention center employees starts days earlier. Between building the massive Rock ‘n’ Roll expo booth, coordinating tents for vendors and sponsors, setting up the black curtain that guides runners through the experience and, of course, situating thousands of bibs in numerical order according to pace, dozens of hands are hard at work before a single out-of-towner steps foot on Sin City soil. 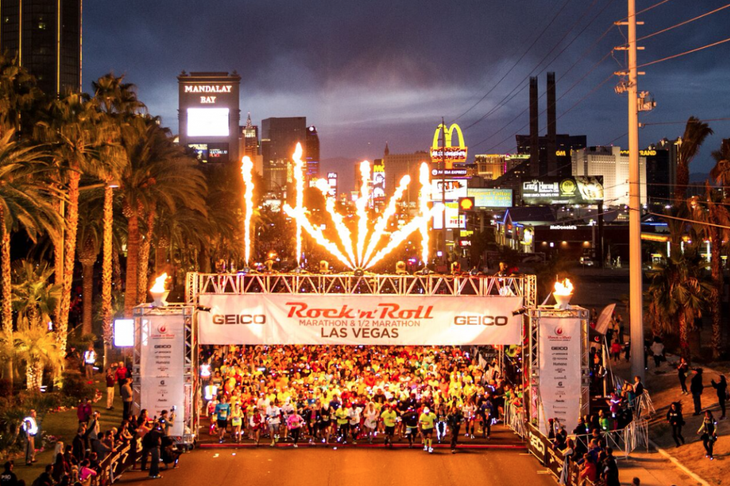 START LINE SPARKNOTES
Traditionally, a finish-line concert with a big-name music artist is an important piece of other Rock ‘n’ Roll events—but in Vegas, it works a bit differently. “With the race being run at night, there’s already tons to do after dark,” says LaRue. To not get in the way of drinks and casino fun after the finish, the concert kicks off beforehand. The 2015 headliner, Kid Rock, amped up the crowd on a 70-foot stage near the start line and portapotties. This gives runners an opportunity to feel the spirit of the city before they even start running—and no one misses the music!

STRIP AT NIGHT
“Every year that I’m there, I’m still blown away that they let us [close The Strip],” LaRue says with a laugh. “We have monthly meetings with over 20 different groups and city agencies that come together to plan every inch of the impact of event weekend.” From fire, to police, to traffic, to barricades, to security, to medical, it’s a massive community effort that descends on Vegas over event weekend—and prior with phone calls, in-person meetings and thousands of emails. “It’s truly amazing to see how everyone comes together to make this happen.”

In terms of impact on local businesses near or on the racecourse, LaRue says the hotels are most notably affected, and his team is in constant year-round communication. “We have full-time staff talking to everyone, from hotel properties all the way down to the residents in the area.”

When else do you really get to jaunt down The Strip, at night, in the middle of the street? “We are the only private event that shuts down any part of The Strip. The only other event is New Year’s Eve, which is a city event,” explains LaRue. And in case you’re curious how local cabbies seem to know how to navigate road closures, the race’s community relations team provides alternate routes to the transportation companies. 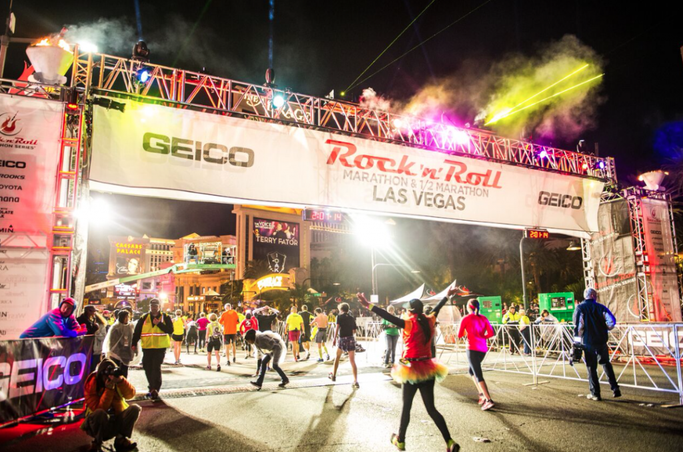 FINISH-LINE FINALE
“Obviously it’s a little tougher with setup and breakdown at night versus daytime,” LaRue says. His staff are used to playing host to thousands of endurance junkies in the wee hours of the morning year-round. However, law enforcement in Las Vegas makes the transition from morning to evening much easier. “The city and police are so used to doing stuff at all hours of the day that they’re good at their job 24/7.”

When the running is over for participants, collapsing booths, sweeping up crumbled paper cups and coordinating the donation of leftover food and drink are just beginning for the race crew. But the after-dark vibes by the finish line are unbeatable, and the energy from boozy onlookers pouring out of surrounding casinos just adds to the unique allure of hosting this event at night.

The finish line area runs through the most hopping section of the famed street—at the intersection of Las Vegas Boulevard and Flamingo Road. “We have the area closed [to traffic] for 14 hours, which is pretty ludicrous,” says LaRue.

The reason for the highly concentrated area? It offers easier access to many of the main hotels that host runners—plus a simpler way for curious Vegas visitors to scoot away from the slots and hit the streets screaming slurred words of encouragement!

Where to Snooze
Paris Las Vegas Hotel and Casino 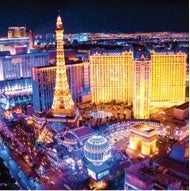 Why? It’s only 0.2 miles from the finish line and offers a handful of discounts to runners. 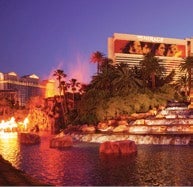 Why? Because after seeing the volcano erupt during your final strides to the finish, you’ll be too captivated not to call this place home for the night. Also, discounted massages for runners = winning. 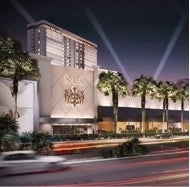 Why? Because it’s swanky but still offers reasonable pricing over event weekend.