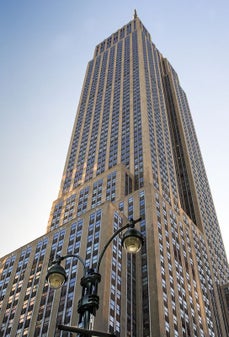 The Empire State Building Run-Up is the ultimate uphill race that doesn’t feature a single hill. Instead, runners climb to the top of the world’s most famous skyscraper, King Kong style. This gut-busting, lung-searing, quad-crushing race will mark its 41st anniversary tonight. The event is more than just a bucket list race–it’s a helluva climb in New York, New York, a helluva town.

Here are a few fun facts about the race:

Editor’s Note: This piece has been updated to reflect that there are 60 lottery slots available for athletes that wish to participate in the race. The article originally reported that all 500 participants get in through the lottery system.

Start Doing This Stair Workout After Your Runs

Short Stair Sprints And How They Benefit You