Dean Karnazes recently ran Silk Road, which took him on a 12-day, 326-mile run through the ancient trade route of Uzbekistan, Kyrgyzstan and Kazakhstan.

We were amazed by the Fitbit data from Karnazes’ Fitbit Surge from his final day of running on July 10. He covered 15.5 miles from Kaskelen-Almaty, Kazakhstan.

Karnazes was running with a group of 250 runners of various levels of fitness and was stopping at various points to allow the police escorts to catch up as they closed the roads for the runners, all which altered his pace, but as you can see, the stats are still incredible! 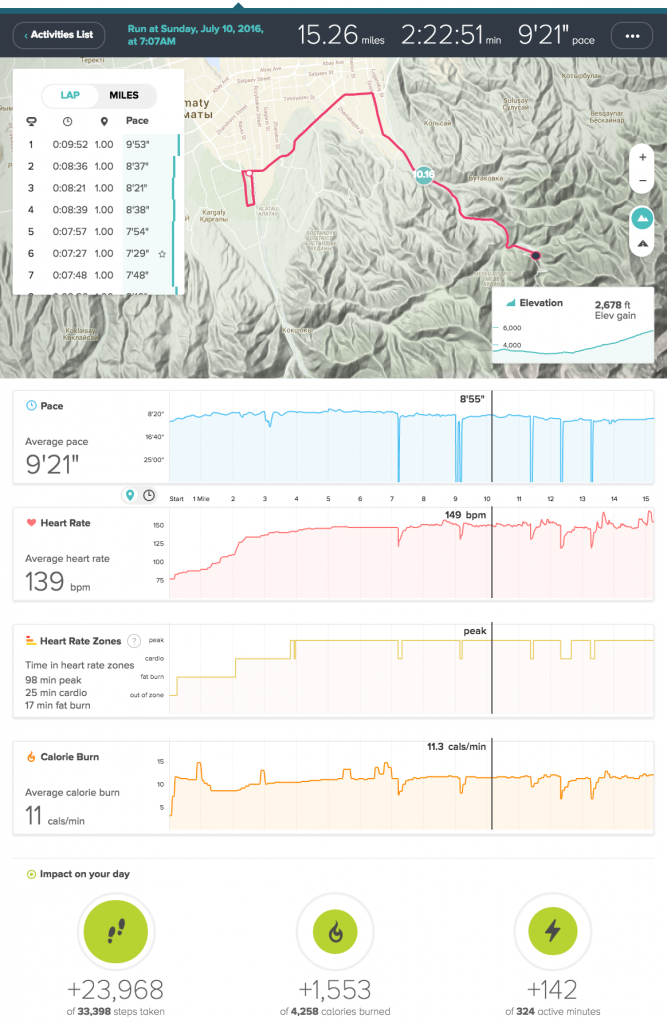