The winner of the Women’s Running Cover Runner Contest Presented by Rock ‘n’ Roll Marathon Series is Kiley Lyall, from the Chicago suburb of Bourbonnais, Ill. Her amazing story was the crowd favorite after more than 10,000 readers and runners voted to determine the winner. Kiley, 24, will be on the cover of the January/February 2016 issue.

Kiley first started running when she was 8 years old. She was the anchor on a relay team, and when she received the baton, her team was in last place. She picked off every other runner to win gold for her team. That sparked a love of running that she shares with her mother, Kathleen.

The two started running 5Ks to raise money and awareness for great organizations, such as a local children’s hospital and the Make-a-Wish Foundation. As Kiley got older, they raised their goals, both in terms of running and how they could positively impact the running community.

Running hasn’t always been easy though. Kiley’s entry explained she “just happens to live with moderate autism and life-threatening seizures” due to epilepsy. Last year during her first half marathon, she made it to mile 10, where she had a seizure. She wanted to continue—and had a second seizure a mile later. The race paramedics advised against finishing the race, but Kiley disagreed—and finished without more seizures. 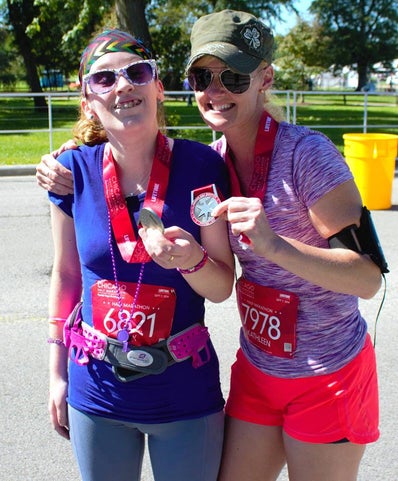 Kiley and her parents, Kathleen and Jay, see many more benefits of running than potential hazards. It’s helped her confidence and energy level. Her speech and language have also improved. She ran the Chicago Half Marathon for a second time this fall without any medical setbacks related to her epilepsy. Kathleen says, “I just can’t express the change in her in a year’s time.”

Kiley’s entry said: “Running has literally helped my brain become healthier! My autism doesn’t take over my days anymore…when I run it relieves so much stress on my brain, allowing me to function much better through most days!” 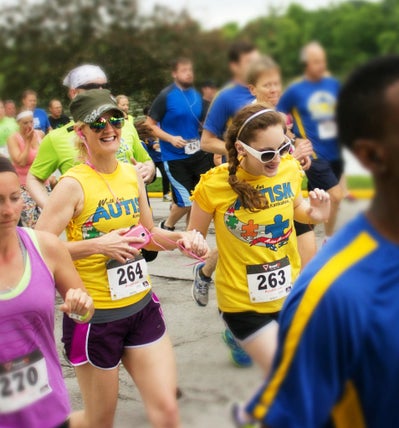 Kiley arrived in San Diego on Monday, Nov. 9, for the full cover-runner treatment, including the trip, a new running wardrobe and a photo shoot to be on the cover of the 2016 January/February issue. She’ll also meet and run with the Women’s Running editors and receive a Rock ‘n’ Roll Tour Pass 3-Pack for 2016.

“We’ve talked about what it’s going to do to open doors,” says Kathleen, shifting the focus to others with challenges that might be similar to Kiley’s. They want to encourage others to follow their passions. A family motto, they often repeat: “Anything you want to do, you go for it.”

Other cover runners include: