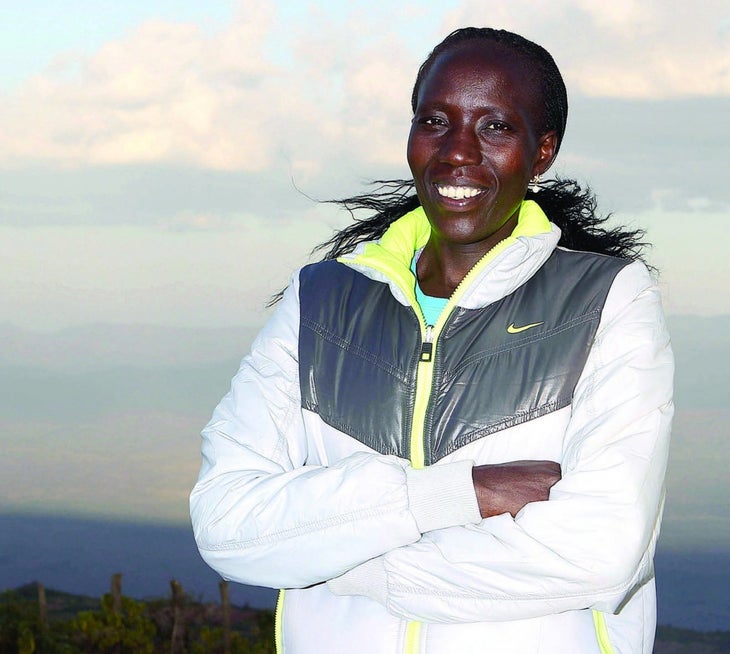 She Says: “My children enjoy the work we do and we’re so proud they are in our lives.”

Fun Fact: Husband Gilbert Koech was also a world-class marathoner with a PB of 2:13:45. He now focuses on coaching Kiplagat and managing their family. They were both the youngest of six children.