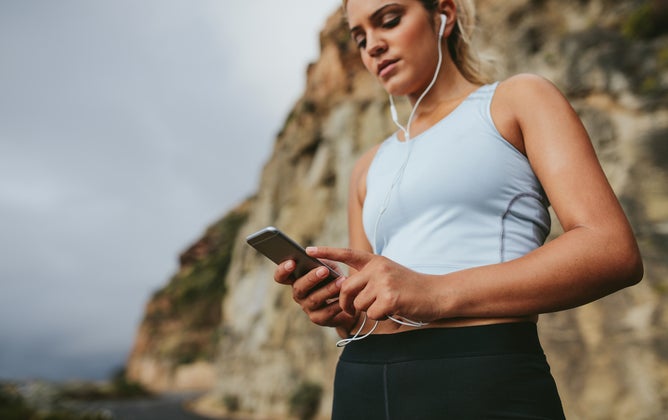 Pop music struggles with perennial supply and demand issue. Put simply, there are more songs being written than there are stars to record them. Given that big name acts receive more submissions than they can manage, they can afford to be selective. The gems overlooked in the process create opportunities for up and coming acts to stake their claim to fame. To that end, the playlist below focuses on workout anthems that new artists turned into hits after more established artists gave them a pass.

The list kicks off with a warm-up track from Iggy Azalea and Rita Ora that was originally intended for Katy Perry and winds down with an Ellie Goulding hit first offered to X Factor winner Leona Lewis. Along the way, you’ll find one hit that that Britney Spears picked up in 2003 from Kylie Minogue (“Toxic”) and another that she gave away in 2009 to Lady Gaga and Beyoncé (“Telephone”). You’ll also find a track that one former boy band member (Justin Timberlake) used to launch his solo career after another former boy band member (Michael Jackson) opted not to use it in his own.

Fittingly, when one of these songs breaks through, it often turns a new artist into a star. At that point, he or she is invariably flooded with more material than any one person can record, which creates opportunities for the next generation of chart toppers–starting the whole process over. With all that mind, the list below highlights ten uptempo smashes, the folks who had a chance to make them famous, and the folks who ultimately did. As the workout anthems propel you through your routine, feel free to imagine the alternate pop history that could have been.

In a Battle Down the Homestretch, Emily Infeld Makes the 5K Worlds Team