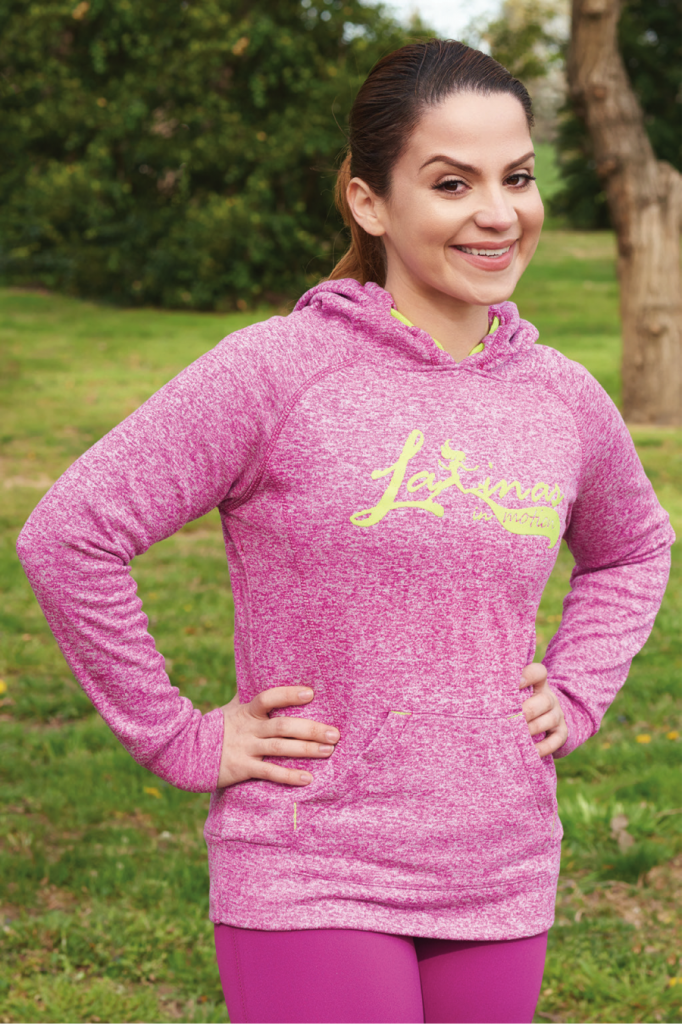 In May 2012, Elaine Gonzalez Johnson was standing at the start line of her first-ever race. In spite of the fact that she was in a crowd of 40,000 people getting ready to take on Philadelphia’s Broad Street 10 Miler, Johnson suddenly felt alone. “There were all these beautiful cliques and clubs of runners,” the 30-year-old remembers. “But I didn’t see any Latinas.”

The now mom of two picked up running a few months prior as a means to get healthy following the birth of her first child, Eva. “I was super-sizing on rice and beans and all that good cultural food,” she explains. After gaining 50 pounds during her pregnancy, she says, “I couldn’t get to a place where I was confident and happy about me.”

Johnson started walking because it felt less intimidating than navigating the gym. Walking turned into jogging and jogging into running, which is how she landed at that start line—despite “never knowing a runner before.”

Johnson flew through the Philadelphia finish line elated and inspired to introduce other women with her background to the sport. “As Latinas, family and love and culture is a priority, but we never talk about health—ever.” She knew how difficult it was to find her journey to fitness without a roadmap or support and didn’t want others to have to go it alone.

Johnson sent a text to every woman in her phone asking them to meet her that weekend for a 2-mile run. Seven friends showed up; the next week it was 20 and then 25. Latinas in Motion (LIM) was born. According to Johnson, the group, which now boasts 3,000 members across 12 states, is much more than a running club—it’s a “sisterhood of women who encourage and inspire each other to be healthy.” 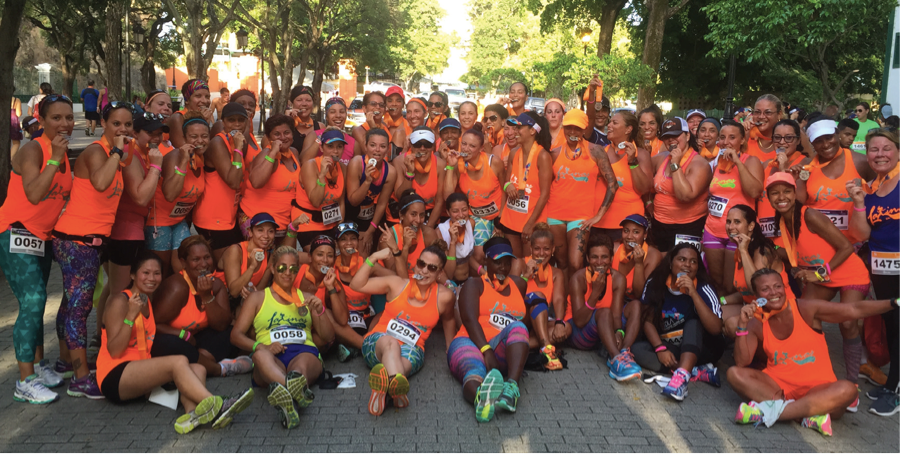 Johnson believes that fitness is integral to a balanced life, especially for women who often prioritize the health and happiness of children, parents, partners, friends and co-workers over their own. However, the former site monitor of the Philadelphia school district (she now manages LIM full time) says there was a period when she felt running had betrayed her.

A few months after starting LIM, Johnson decided it was crucial she train for a marathon. “How could I be heading a nonprofit that gets women to run without pushing my own body?” Three months into training, Johnson and her husband, Darryl, discovered they were pregnant. “The excitement filled our house with so much joy,” she remembers. After consulting with her doctor, who assured her running was healthy for the baby, she decided to run the marathon at a relaxed pace. She finished and felt elated.

That joy disappeared five weeks later at the couple’s first ultrasound appointment. “There is no heartbeat,” the doctor said. The miscarriage sparked a spiraling of grief made worse every time someone innocently asked, “Do you think you should have run that marathon?” Hiding her pain from the women in LIM, Johnson suffered silently. “I hated running,” she says and refused to as much as look at her race medal.

After receiving results back from her OB-GYN, Johnson and her husband learned that she had experienced a partial molar pregnancy in which the embryo doesn’t develop completely after fertilization. There was nothing Johnson could have done to prevent the tragedy—and her running was certainly not to blame.

Tragedy turned to triumph when Johnson discovered she was pregnant again. She gave birth to a son, Ian, and successfully finished her second marathon 10 months later with Darryl (on their sixth wedding anniversary) . Looking back, she is able to remember her first 26.2- mile race differently. “Now I think, I ran a marathon seven weeks pregnant! I can do anything!”

Johnson hopes that other women are able to celebrate their victories in the same way: while supporting one another. “One of my biggest dreams is to have a chapter of Latinas in Motion in every state,” she says. “I think deep down inside, everyone wants to belong to something, especially something that feels good.” 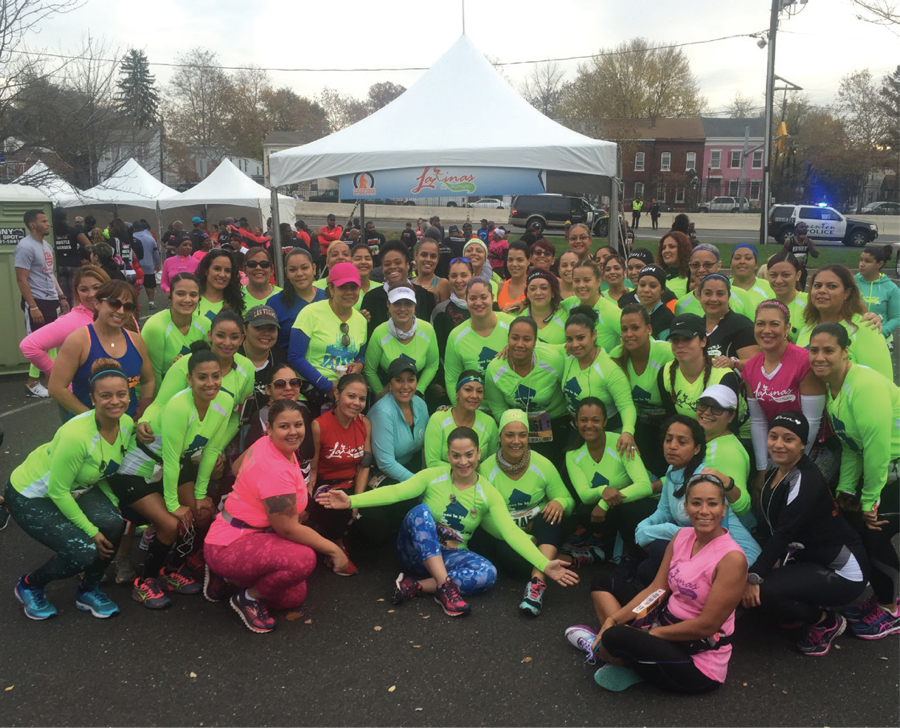 Be inspired by some awesome women and find out if there’s a chapter near you by visiting latinasinmotion.com

Real Runners: I Found My Running Tribe In Track And Field