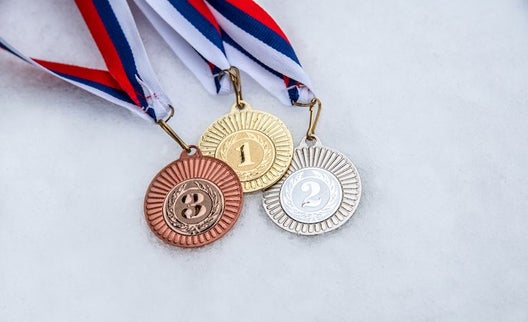 One of the pinnacle achievements for any elite athlete is competing at the Olympic Games. Aside from winning an Olympic or World Championship medal, few things are as sought after as an Olympic experience. Unless the good Lord intervenes, I’ll never feel that rush. But I’m captivated by it, nonetheless. Maybe that’s why I get intense Olympic fever every two years.

Wait, you’re probably thinking. Running is only part of the Olympics every four years. You’re correct, but that’s beside the point. I still draw inspiration from seeing the hard work and skill of the world’s best athletes. The great stories of loss and triumph are enough to put me on the edge of my seat. This month’s Games in PyeongChang are no different.

Take Caitlin Patterson, for example. You might have heard her name on the trail running circuit, but she’s also a six-time U.S. cross-country ski national champion. Somehow, when she’s not competing at the World Mountain Running Championships, she’s smashing competition on her skis (if only I was that productive with my free time). You can look for Patterson—and her ski-savvy brother, Scott—in PyeongChang. Both will be competing for the U.S. in cross-country skiing.

Of all the 2018 Olympians, Lindsey Vonn is one of the most well-known. She’s a U.S. alpine ski racer—that fast, downhill sport that makes you really nervous to watch. But skiiers like Vonn race down the mountain, cutting the turns at breakneck speeds. Unfortunately, even the pros can get in wrecks sometimes; and at those speeds, a fall can be brutal. That’s how I first heard about Vonn. It was 2013 and the news was broadcast all over the web: “Lindsey Vonn Crash: Skier Airlifted to Hospital.” It was a near-fatal crash, one that questioned Vonn’s ability to recover. But she did recover, from that injury and many others. According to NBC Sports, Vonn is an expert in comebacks, an athlete who has never gone longer than two seasons without incurring a significant injury. Yet she’s won two Olympic medals and seven World Championship medals. PyeongChang will be Vonn’s fourth Olympic Games, and though she’s on the higher end of the athlete age range, she’s every bit as competitive as you might expect. As a runner, that should speak volumes about hope for your running career: you can make a comeback.

On the opposite end of the spectrum is Bradie Tennell. I don’t know if it’s fair to call a U.S. national figure skating champion an underdog, but the 20-year-old was relatively unknown prior to this year. Now Tennell is one of the best skaters in the world. If that’s not impressive enough, her victory at the 2018 Figure Skating Nationals in the short program comes only a year after she placed ninth in the same event. That’s determination. You’d better believe I’ll be rooting for her in PyeongChang.

Whether you’re an up-and-coming athlete like Tennell or a race-hardened athlete like Vonn, your running has amazing potential. You may never win a race, or even win your age group, but as you observe these Olympic athletes, don’t fail to recognize the strength and determination that you can harness in your running. Let yourself dream a little, and chase after your “Olympic experience”–whatever that may be.

What Running Looks Like For A U.S. Olympic Soccer Player

How An Olympian’s Diet Differs From Ours