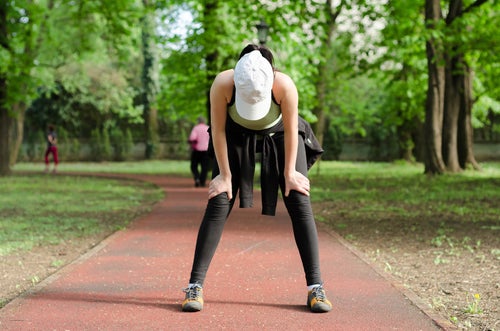 It all comes down to perspective.

Most people do not understand running and runners. For every 26.2 sticker there are three 0.0. How many times have you told someone you love to run only to get a response of “I only run if someone is chasing me,” and you have to feign a smile?

Runners are a different breed, and we are okay with that. It’s when running crosses into the mainstream either by a horrible act replayed ad nauseam in the media or by a massive race that inconveniences people, to straight up envy, that things can turn ugly.

The “jogger” reference is too often followed by something bad when used in the news. It’s almost always either “found a body” or “shoved a woman into an oncoming train.” When runners read something like that it’s as if they’re not talking about us at all but about these mere “joggers” who commit horrible acts or discover horrendous things.

We see someone or something else entirely but the public sees us. We see ourselves, our friends and our livelihood. That could have been us.

The Inconvenience Of Race Day

Think about it from the perspective of the people who live in the neighborhoods along the race route. Here we come with our $100+ shoes and gear to match, touting water bottles, gels and attitudes.

At best we shut down their communities and bar them from making a simple trip to the grocery store and at worst we relieve ourselves on their lawns and take away responders for several hours to monitor our event. And for what? So we can run? From their point of view, that is most certainly something which can be accomplished without road closures and the complete attention of police and other emergency personnel.

Just as there are hundreds of memes about how much we love running, there are probably more that make fun of us for it. With the birth of social media and apps that link and even automatically post workout times, distances and pacing, runners can brag more than ever before…and be hated for it.

Running is hard. We know that all too well but we also know how much running gives us and how it has the power to transform our bodies, minds, friendships and even lives. For those on the outside looking in, it’s an enviable place to be, especially when this life-changing task is so incredibly hard and we runners just seem to embrace it all the more.

What We Can Do

Simply be the runner you are and have respect for those who are not. Encourage friends and relatives to try it and be kind and patient and generous with your time and explanations of how to start and stick with it. Educate people when they ask you questions about running and racing and yes, even indulge them in conversations about how running is in fact, not bad for your knees.

If there were more runners in the world, there would be more love in the world. Remember all the good running brings and how the good far outweighs the bad.

5 Things Some People Hate About Runners

Why You Don’t Want To Be Friends With A Runner

Hate Running? You Need To Read This