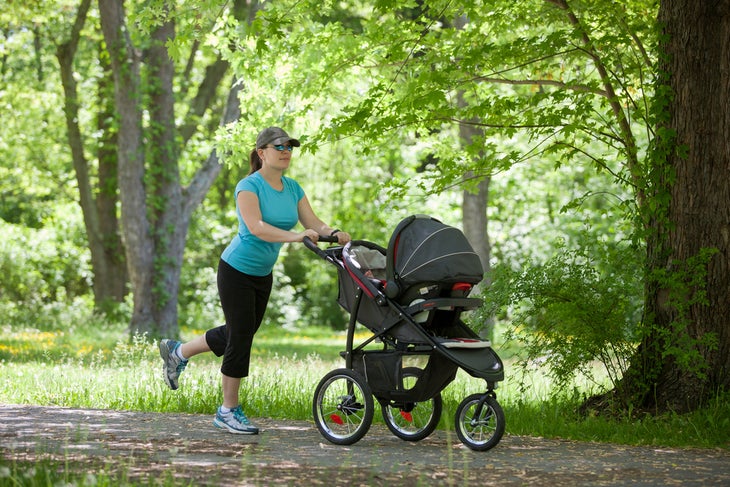 A common sentiment among women after giving birth is that the experience is the most painful thing they have ever done. But they also immediately forget how difficult it was. Sound familiar? That is often exactly how runners describe completing a marathon. So which one is actually harder?

Researchers at the University of Michigan have concluded that “childbirth is arguably the most traumatic event the human body can undergo.” Just as they would for endurance athletes, the study used MRI imaging to diagnose injuries related to birth. They found that up to 15 percent of women sustain pelvic injuries that don’t heal.

“If an athlete sustained a similar injury in the field, she’d be in an MRI machine in an instant,” said Janis Miller, associate professor at the U-M School of Nursing. “We have this thing where we tell women, ‘Well, you’re six weeks postpartum and now we don’t need to see you—you’ll be fine.’ But not all women feel fine after six weeks, nor are ready to go back to work, and they aren’t crazy.”

Researchers found that many women who took part in the study sustained several injuries during childbirth, such as fluid in the pubic bone marrow, fractures similar to a sports-related stress fracture, severe muscle strain and pelvic muscle tears. At the most they took up to eight months to heal from childbirth injuries—way longer than it takes on average to recover from 26.2.

So what should a new runner mom do? Tap into her race recovery experience! Listen to your body, come back slowly to allow yourself to heal and talk to a doctor when something doesn’t feel right. Now that you’ve experienced childbirth, that 26.2 won’t feel so bad.