Ever run a marathon? It’s no easy feat. Now imagine two marathons every day for an entire week. That’s exactly what Dane Rauschenberg did over the course of the last seven days as he covered 350 along the Oregonian coastline on foot. Rauschenberg, the runner known for completing 52 marathons in 52 weekends back in 2006, set out on his Pacific Coast 350 Mission to inspire other to push their limits and reach their dreams. As part of this adventure, he stopped at local high schools to talk to kids about the importance of exercise and healthy eating. Last week, he took a break from running for a few minutes to chat with Women’s Running. . . 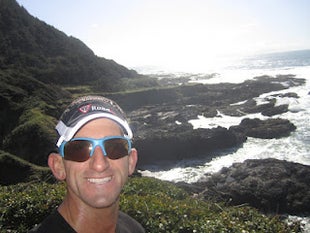 Women’s Running: What were your reasons for embarking on your Pacific Coast Mission?
Dane Rauschenberg: I’ve always wanted to push my boundaries. Since I’m making Oregon my new home and I thought what better way to get to know the entire coast than by on foot? Additionally, a lot of running is selfish—and I don’t mean that in a bad way—but it’s about bettering yourself. But bettering yourself often betters other people. Planning my trip, I realized that I’d be passing by a number of schools. As part of my journey I wanted to let kids know: We’ve got an obesity epidemic out there, we here it all the time. But you can stop that. 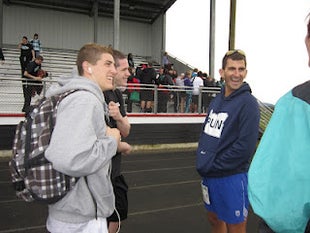 WR: Why is 350 miles significant—is that a new distance for you?
DR: I’ve never run 350 miles in a month before, but when I mapped our route it came out to 350 miles almost exactly.

WR: How is your body managing this distance so far?
DR: The distance has been okay, what I was most worried about was handling food—that and the mental aspect. If you even begin to think that you’re running 350 miles, it kills you. My crew goes about 4 miles ahead of me, and then I run to the van. All I have to think about is 40 minutes of running at a time. Also, fortunately, this is one of the most beautiful places in the country, so when I get really exhausted I can look around and think, That’s gorgeous. As of right now, we’re halfway through, so that’s been a huge barrier. 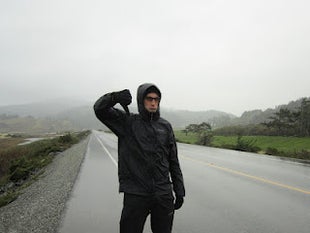 WR: Congratulations! What message do you hope to deliver to the students you’re speaking with?
DR: The message is: set high goals, don’t be afraid of failure, eat right and exercise. There’s nothing you can’t accomplish if you don’t give it a shot. I tell the kids, “You’re looking at me thinking: 305 miles? I could never do that. The thing about it is, you can do 3.5 miles. Start off small.”

WR: What has been the toughest moment and most rewarding moment you’ve experienced on your journey?
DR: The most rewarding is when a kid takes away something from my talk. We had a girl say that she’s going to start walking to and from her job instead of driving there. Regardless of whether she does it or not, the idea is in her head. That’s all it takes for an idea to root, and the fact that she’s thinking in that way is great. The most challenging is the 350 miles in tough conditions. It’s not 350 miles running around your house when the sun is shining. We’ve had some torrential downpours. The Oregon coast has been hit by some of the worse rain it has this decade. 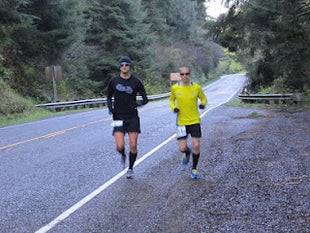 WR: What lessons have you learned so far?
DR: Talking to the kids, I can tell that they want to be in shape. They don’t want to be overweight. They ask questions: How do you train? What to you eat? I walk about my diet and they’re curious. That’s been awesome—how receptive and ready to take on challenges they’ve been. I can see it in their eyes and that’s wonderful.

Dane finished his run late last night, completing the longest run of his life. Learn more about his adventure here.

We want to know: What’s the longest distance you’d ever want to run?