Colors of Israel
When you picture Israel, what do you see? For many Westerners, the country conjures images of ancient ruins or recent conflict—millennia-old artifacts or soldiers lining the streets.

Landing in Tel Aviv, the first thing that hit me was the heat. Even in spring, the city can turn sticky and searingly bright. Within only 10 minutes on the road, my conceptions of the country started to shift. I’d imagined arid vistas, but instead the highway cut through verdant greenery. Our guide, Sharon, whose name happens to mean forest in Hebrew, explained that over the last 100 years, a massive forestation campaign planted nearly 250 million trees on Israeli soil, making the Middle Eastern land lush.

The green landscape turned into walls of white stone as we neared the outskirts of Jerusalem. City law requiring buildings be faced with local rock has created a beautiful monochromatic look. 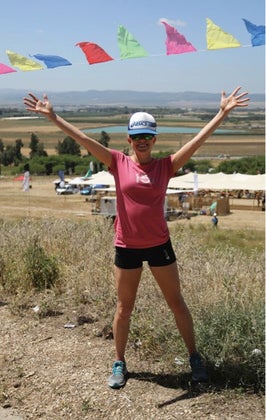 Running Around Jerusalem
To shake off our jet lag, as soon as we arrived, Steve and I laced up. We discovered a converted railroad path lined by manicured bushes and crowded with runners. Dozens of women, some wearing Nike and Brooks, some in modern interpretations of Orthodox garb, passed by us for their evening workout.

When we stopped to take a photo of a street vendor’s stall, the owner insisted we hydrate with a glass of fresh-squeezed oranges on the house. I soon learned that this warmth and generosity extends across the country’s culture.

Wrapped by high walls, the Old City is Jerusalem’s historic center and where its religious heart resides. In the States, visiting historic sites means exploring artifacts from 300 years ago. In Israel, 300 years is nothing. The Old City dates back to King David’s conquest in the 11th century B.C. and the layered history of millennia can be felt inside its walls.

While sightseeing, we looked down from the Mount of Olives where Jesus fled to escape persecution from the Romans; we left wishes at the Wailing Wall, a section of Herod’s Temple where Jewish people in the city still turn to in prayer; we descended into a cistern where residents drank 3,000 years ago; and we walked the stations of the cross, marking what Christians consider the to be most important day in history.

There were plenty of tourists like us, but the Old City is also home to nearly 700,000 people. These citizens reside in one of four quarters splitting up the city: Jewish, Christian, Muslim and Armenian. The polarizing diversity present within a few square miles felt like a microcosm for the country at large. Vastly different religions live at once quite separately and in relative contentment.

As we learned about the centuries upon centuries of unrest, walls being built and rebuilt as the city was conquered by King David, the Arab Empire, crusaders, the Ottoman Empire and on, the buzz of progression was palpable. Perhaps the harmony we felt wasn’t one of stasis but of a city in constant motion. 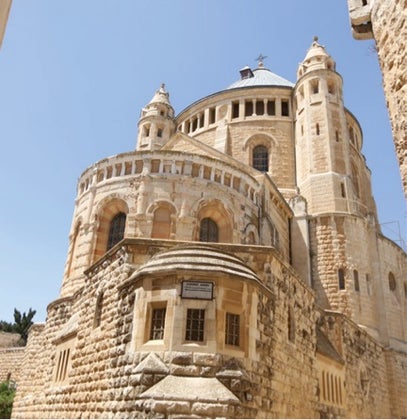 Got IT Band Pain? Try These 6 Warm-Up Exercises

How to Choose the Best Treadmill for You