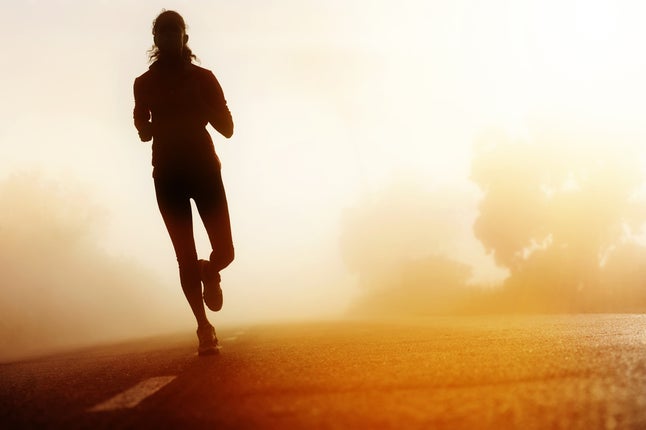 In the past few weeks, news of female runners getting attacked or being killed while out for a run has overtaken the news.

Earlier this month, Karina Vetrano, 30, was sexually assaulted and strangled while running near Howard Beach in Queens, New York. And most recently, Vanessa Marcotte, 27, was found dead Sunday in a wooded area of rural Princeton, Mass., after leaving her parents’ house for a run.

As a woman, these deaths are a sobering reminder that safety while out on a run is a major concern. The attacks also hit very close to home for another reason—the town where Marcotte was killed while running is only 10 miles from my front door. That’s a shorter distance than most of my long runs ever are, which means the likelihood of my running in and around the same area Marcotte was killed is almost guaranteed.

Related: 6 Important Safety Tips To Follow On Your Next Run

Just the other night, my run took me by the church (around the corner from my home), where the wake for Marcotte was held. Instinctively as a ran by, I tried to quiet my strides and breathing, as I felt as though I was running by something sacred and private, and that privacy should be honored rather than disturbed by my marathon training schedule.

Marcotte’s family buried her in the town I grew up in. Since the news of her death broke, I’ve gotten text messages, e-mails, and even phone calls from friends and family telling me, “Don’t run alone, Elizabeth.”

“I know,” I always respond. I do know running alone is a risk.

I could face injury, attacks, dehydration, possibly getting hit by a car…the list is long and ugly.

I try to mitigate those risks by running with a tracker that allows me to call 911 at the touch of a button, running in a highly populated and visible areas, and by always running so that drivers not only see me but would also have to go out of their way to hit me.

But I won’t stop those solo miles. Despite my fears, or my family’s fears, I cannot bring myself to stop running alone.

Running alone is my time. No one can call me while I’m out on a run. No one can e-mail. The dishes stay in the sink. There are no hollers of “MOM, I NEED YOU.” While I’m running alone, the only important item on my list is myself. These miles alone are mine. My brain uncoils with every step when I run alone. The quiet places in my mind that are normally drowned out by tasks are allowed to breathe and spread out. These miles I run alone are my gift to myself.

As a woman who gives 8+ hours a day to other people, these miles allow me to give something to myself and smooth the raw, frayed, crazy, tired edges until they are soft again.

As a woman these moments are precious, so I will not let anyone take them from me—least of all that little voice known as “fear.”
So please, please don’t tell me to quit running alone, because it is how I honor myself.

Just as her friends and family honored Marcotte with a service in a church, the running community in her hometown and surrounding communities chose to honor her by running.

We gathered to run miles her didn’t get to complete.

We gathered to run to silently and quietly acknowledge that an attack like this could happen to any of us—at any given time.

We gathered to hug one another, to push each other just a little bit farther.

We honored her by running, because that is what we do.