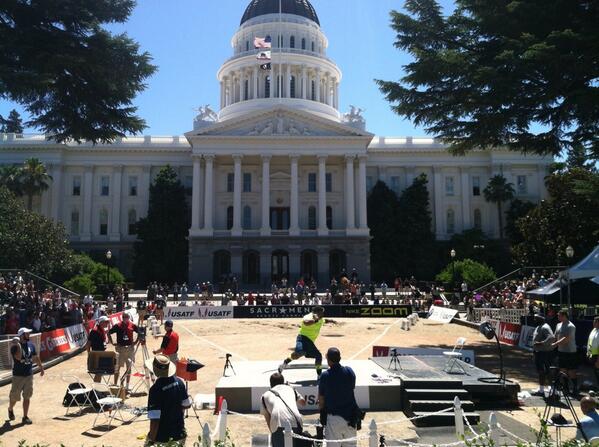 The World Cup isn’t the only big event going on this week. The USATF Outdoor Championships are taking place in Sacramento, CA Wednesday through Sunday. To kick off the championships today, the shot put competition is taking place on the grounds of the California State Capitol. You can watch the event free at usatf.tv.

Between world cup games, you can catch the action online or on TV. Here is the broadcast schedule. (All times are EST):

To see the whole schedule of events of the 5 days, click here.

So let’s tune in and cheer on our favorite athletes!