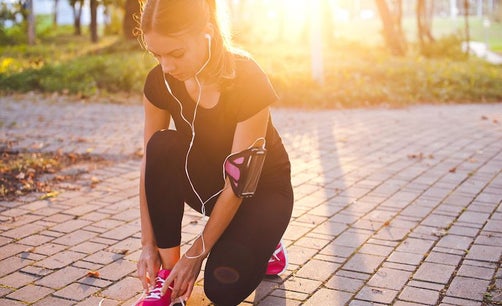 In a recent interview with The Sun, Kylie Minogue noted, “I was probably meant to be a one-hit wonder in many people’s eyes.” As a soap opera star in Australia whose biggest  hit in the U.S. was a cover song, this would have seemed like an accurate prediction. Instead, she’s released 72 singles over 30 years—selling 80 million copies in the process. With this month marking the release of her 14th album Golden, we’ve compiled a set of running favorites from throughout that span.

In the mix below, you’ll find Minogue’s breakthrough version of “The Loco-Motion” alongside another early single “Better the Devil You Know.” In the middle, you’ll find her 2001 stateside comeback “Can’t Get You out of My Head” and her new single “Dancing.” Finally, there’s Fischerspooner’s reductive remix of “Come into My World” and Patrick Hagenaar’s uptempo take on “Into the Blue.”

If you’re still unconvinced of Kylie’s unwavering command of pop, consider “Get Outta My Way,” also included in the list below.  You’ll have to listen to a lot of music to find a tune so well executed or that serves as a better running companion. So when you need reliable inspiration, Minogue should have you covered until 2048 or so. In the interim, here are some highlights to consider.