Emma Coburn, who became the first American woman to medal in the steeplechase in the Olympics last year, just powered down the final stretch of the steeplechase final, grabbing a gold world medal. But it was Courtney Frerichs, who literally followed in her footsteps, that had people cheering even louder…then crying when she passed third place to nab silver and a personal best time in a stunning surprise.

Coburn, who set a new American record, looked back after crossing the finish, and the duo embraced in tears on the ground when they realized what had just happened. And we will just say their joint victory laugh made us cry…er, we aren’t crying. You are. And of course Twitter erupted in cheers, emojis and photos that feel reminiscent of Shalane Flanagan and Amy Cragg at the Olympic Trials Marathon in February last year. 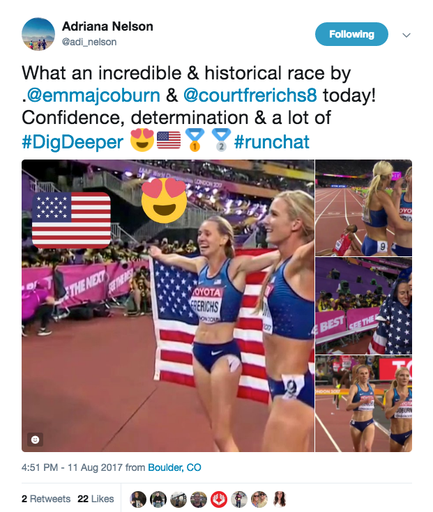 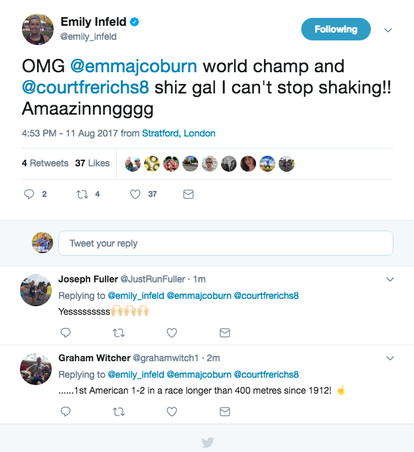 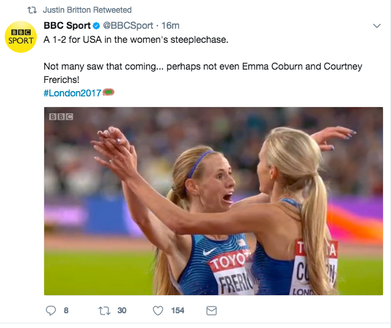 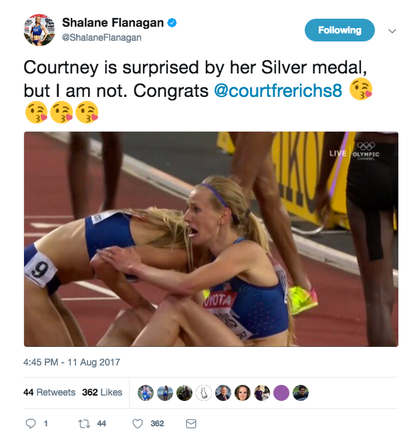 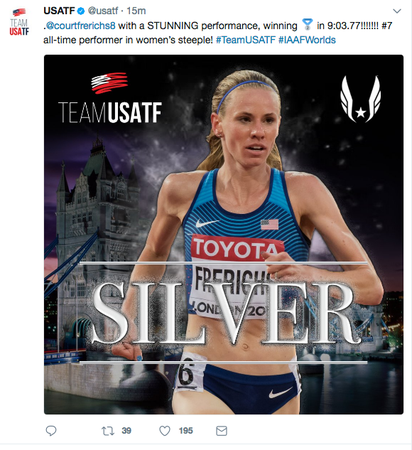 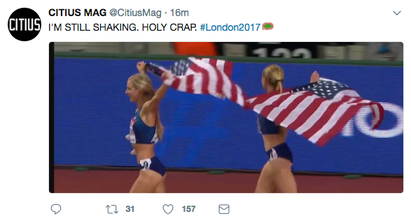 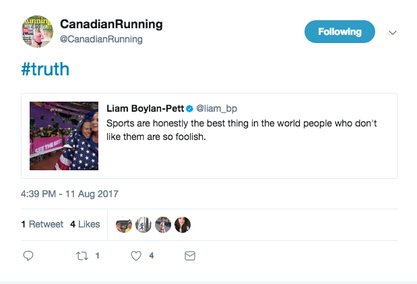 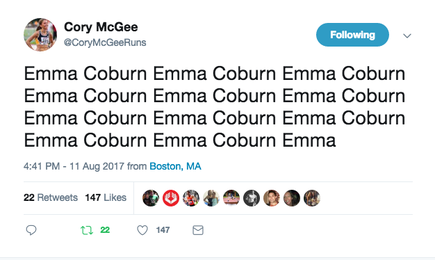 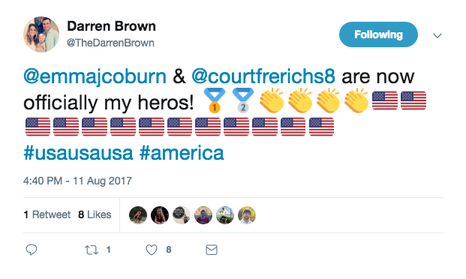 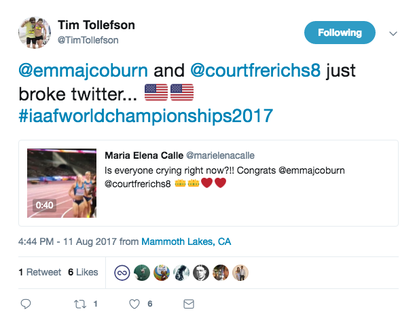 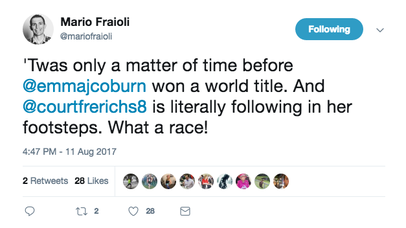 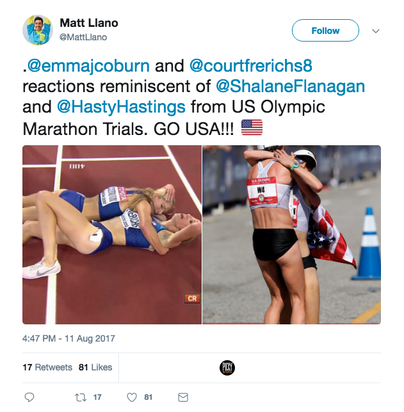 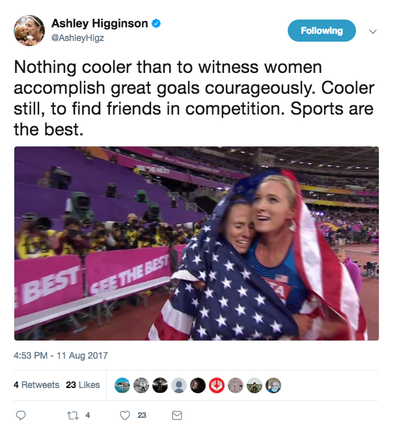