Every two years, the best athletes in the world gather in one place to compete for Olympic glory, hoping to secure their place in history. From stories of athletes overcoming crippling injuries to underdogs taking home the gold medal, the Olympic Games have the ability to inspire us “regular people” to do great things with our lives.

But then again, sometimes we just like to talk about how inspired we are, instead of actually acting on that feeling. These 20 tweets about Olympic inspiration will make you say “yep, basically.” 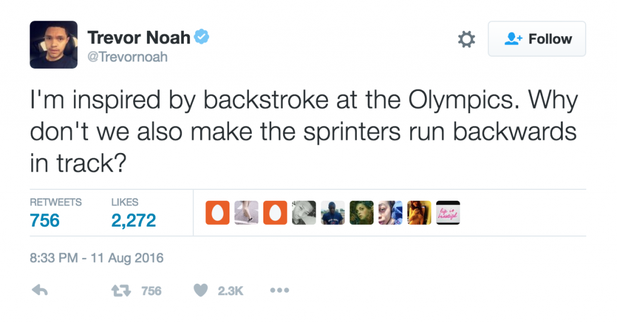 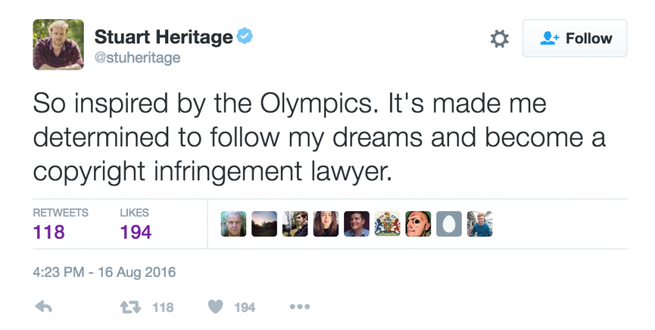 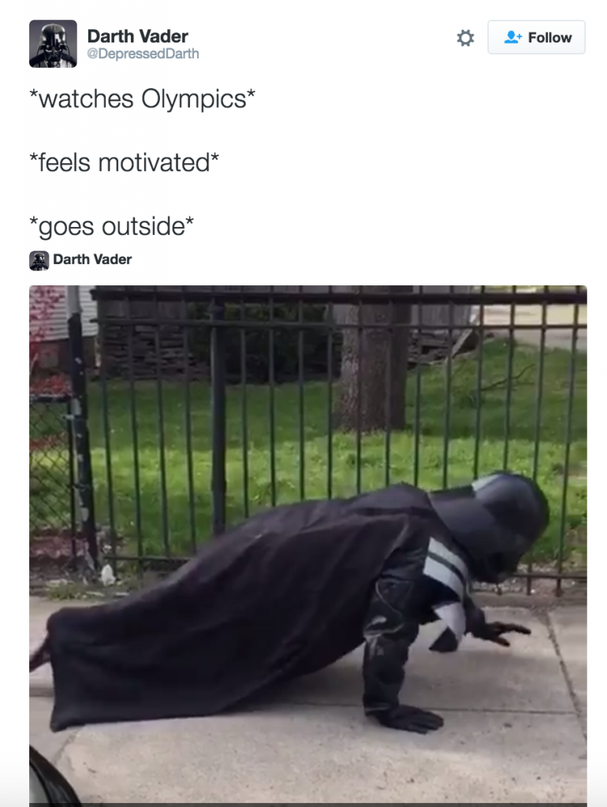 The force is not strong enough, clearly. (Watch the full GIF on Twitter.) 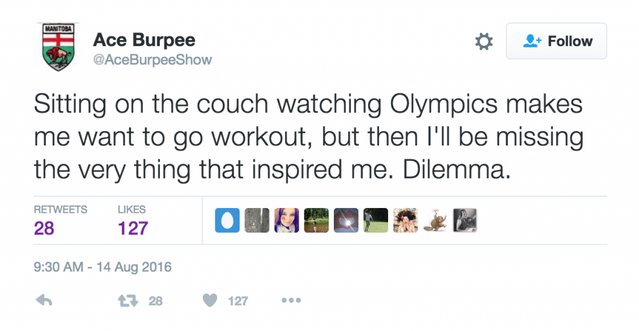 That IS a dilemma, Ace. 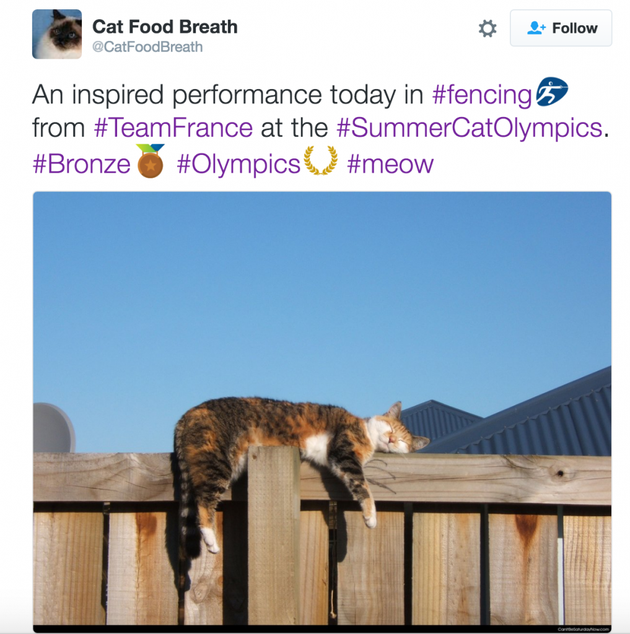 It takes something special to comfortably sleep on a two-inch piece of wood. 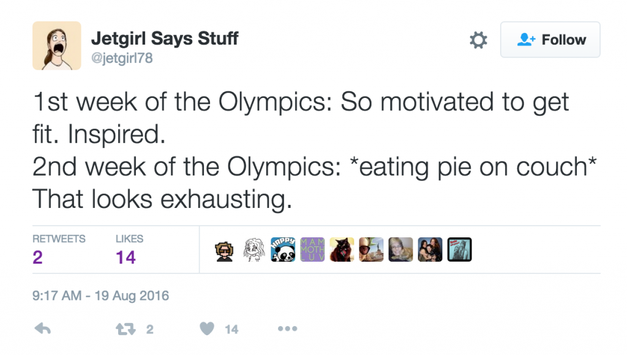 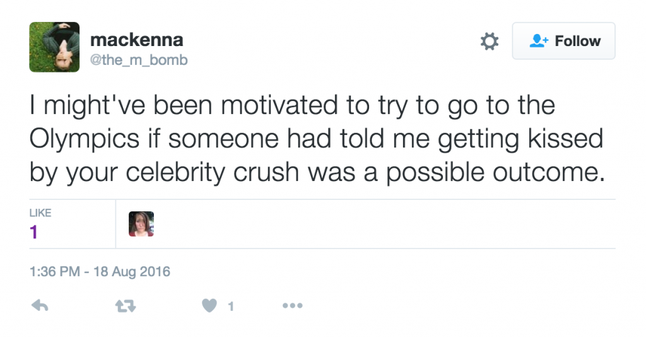 The word “macros” kind of looks like “nachos” if you squint. 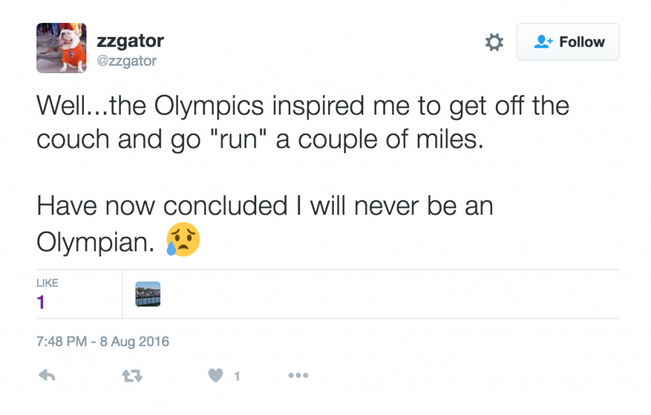 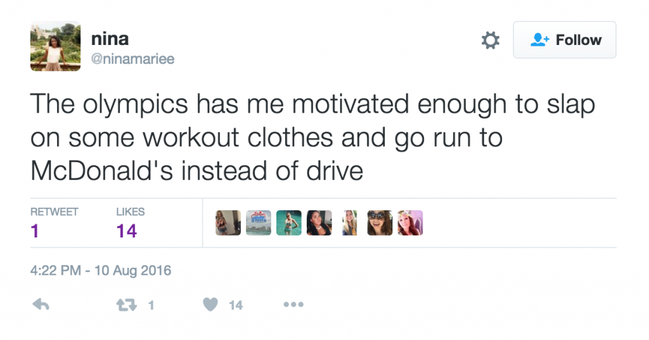 Let’s call it a wash. 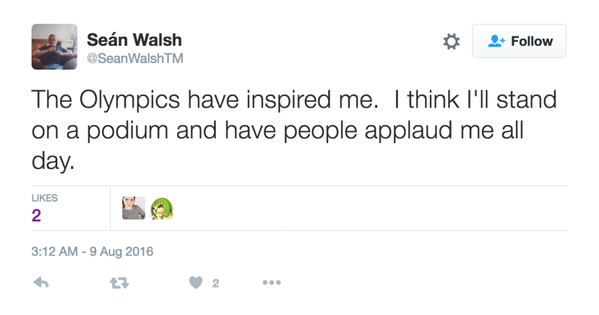 Some days, we could all use some applause, TBH. Even canines can get the Olympic spirit. 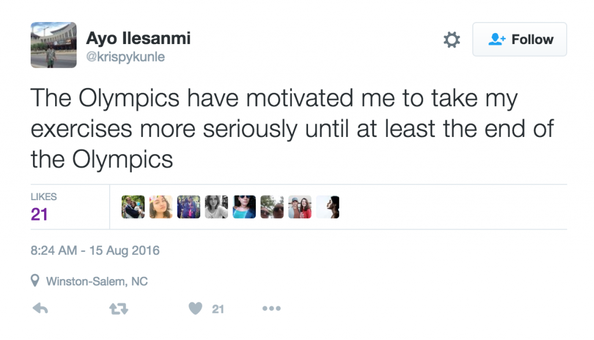 He’s on the two-week plan.

So unselfish of you, Marli. 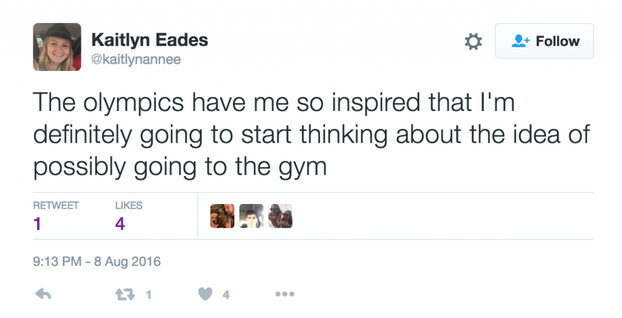 How have the Olympics inspired you? Have you taken up a new sport after watching it in Rio, been motivated to improve on your own or do you just enjoy watching these amazing athletes at their craft? Tweet @WomensRunning!