PHOTO: Shutterstock Don't let your running become as fleeting as a one-hit wonder. 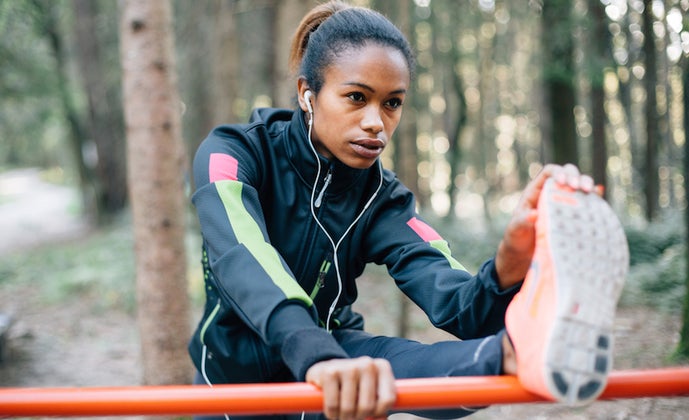 The joy of this month’s top 10 list is in its variety. Given the expanse there is to cover, let’s jump right into the mix. To that end, the top song of the month is the new single from Imagine Dragons. Rounding out the list, you have a pop/country song from the remarkable Kacey Musgraves.

Between those two parties, a solid half of the tracks are joint efforts pairing folks like Calvin Harris with Dua Lipa and Charlie Puth with Kehlani. Even within that realm, you can subdivide further and find remixes of collaborations spearheaded by Selena Gomez and N.E.R.D. In the comeback department, there are new singles from both Iggy Azalea and Backstreet Boys. (The latter is notable because it shares a title with a classic Elton John duet—a cover version of which appeared in last month’s Top 10 list.)

Lastly, you’ve got “Say Amen” from Panic! At the Disco—which feels like the logical extension of their previous single “Hallelujah.” All told, there’s a broad range of music from which you can choose below. So, when you’re ready to move, just grab a few tracks, then make a few tracks. Here’s the full list—according to the votes logged on the workout music site Run Hundred.

Imagine Dragons – Whatever It Takes – 136 BPM