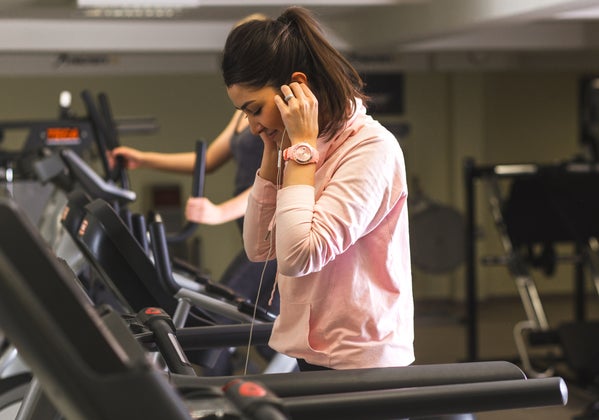 Remixes rule the gym this month—with half the month’s top tunes falling into that camp. To that end, you can find slower tracks from John Legend and Britney Spears getting a little more oomph in the process. Similarly, already brisk tracks—including the latest from The Chainsmokers and Fifth Harmony—become epic workout jams in remixed form.

Sia’s aptly-titled “Move Your Body” falls somewhere between two worlds. The single version featured below hasn’t been reinvented entirely, but it does sound tighter than the original. (Plus, as a side note, the song was originally written for Shakira. So, it features the abundant energy you’d expect from one of her singles.) For all the month’s remixes—and the new singles that accompany them—here’s the full top 10 list—according to the votes logged on workout music site Run Hundred.