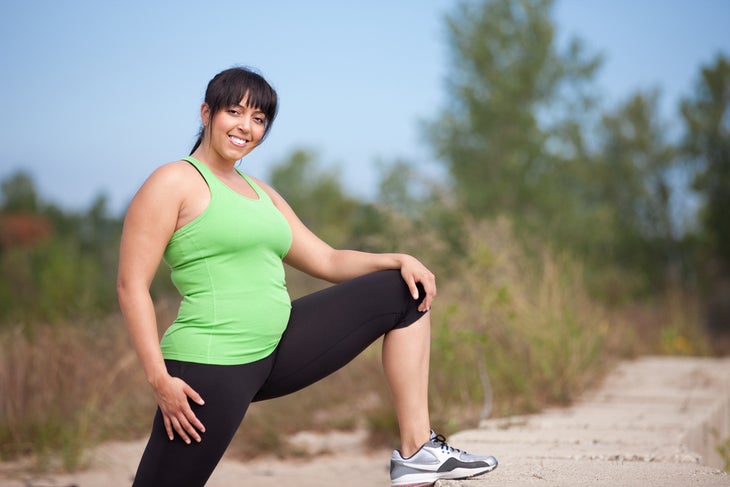 Breaking into running on a regular basis can be an intimidating thing. Anyone who tried to establish a new exercise routine has heard the same advice over and over again.

But if you’re someone that has tried and failed to establish new running habits, you read tips like this and think, “Tell me something I don’t know!”

If these approaches haven’t worked for you, or if you’ve heard these tips and are still intimidated by the prospect of committing to a new running schedule or fitness goal, here are some less common tips that can help you succeed at showing your body love through movement on the regular.

Although it’s probably the most common reason many of us endeavor to pick up a new fitness routine or try a new form of exercise, this can also be the most destructive form of motivation.

If your primary focus while running is on how many calories you’re burning, or cancelling out the piece of cake you had, or melting away fat, then you’re ultimately creating a negative experience for yourself. Who (other than masochists) wants to do that over and over again?

Instead, treat running as a way to show your body love through movement, rather than as a way to punish yourself or change your appearance.

Live in the moment

Running, along with many other forms of exercise, produces endorphins, which make you feel the fabled “runner’s high.” One of the keys to getting to this euphoric state, especially as a new runner, is to be fully present in the moment while running.

Don’t think about how far into the run you are, or how you look, or your speed. Just focus on how good it feels to be in motion, and how empowered you feel when your blood is pumping and you’re leaving the pavement behind you. Before you know it, you’ll lose track of time and slip into a trance, allowing you to experience the full benefits of running!

Get a killer playlist

Music has been scientifically proven to enhance your performance while running. But even if your focus isn’t on increasing your pace, music can be a great motivator to help you establish a regular running habit. Music can make running feel less strenuous, as well as increase happiness and decrease stress.

Many people like to say that new workout clothes are a good motivator when establishing a new fitness routine. And while they’re not wrong, ultimately placing the focus on your appearance while running can be a self-defeating mindset.

I am a huge fan of fashion-forward workout attire, and it adds a really fun component any running routine! But you don’t have to have certain clothes, shoes or technique when you first start out. Just put one foot in front of the other, and focus on enjoying the experience.

It can also be easy to feel like you’re on display and being judged for how you look while running. Especially if you’re doing running in a public outdoor space, like a park, or on a treadmill at the gym. But don’t worry about what other people think of you. They probably aren’t really interested in how you look, anyway—and even if they are, who cares?

This is the most important tip, and also the most intuitive. Even if you skip three—or ten—workouts in a row, or you aren’t progressing as quickly as you’d like, or you get home from the gym and pound an entire bag of Oreos—just. Keep. Going. You don’t have to do it perfectly, you just have to keep doing it.

Running can be hard work, but ultimately it is just another way to show your body love through movement. So be sure that you’re reaping the full benefits of running on the regular by enjoying yourself and feeling empowered for just having laced up your sneakers that day. And don’t give up!

Treadmill Workout of the Week: All About 3’s