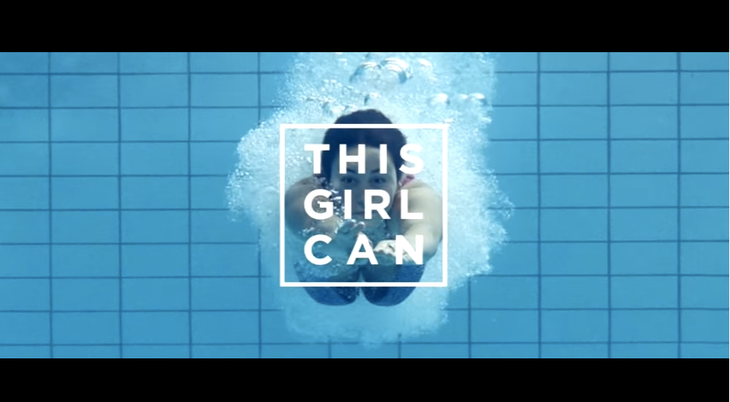 This girl can—and will!—be her own athlete. Sport England, a company committed to making sport accessible across England, supports that message with their newly launched #ThisGirlCan campaign, a program to celebrate healthy body image and every active women that wants to get out and sweat. After Always’ #LikeAGirl commercial nearly broke social media (again) during the Super Bowl last weekend, we caught up with avid runner Kate Dale, team member at Sport England, to hear more about what they hope to do with their messaging for every active lady:

Women’s Running: How did the This Girl Can campaign initially come about? What inspired the first discussions to create something like this?

Kate Dale: Two statistics: 2,000,000 fewer women than men playing sport, yet 75% of women tell us they’d like to be more active (Sport England Active People Survey).  So what was stopping more of us from taking part? Our research showed that, for many, the fear of judgment was a strong inhibiting factor. Young mothers felt guilty for taking time away from their families (and guilty for not being better role models by being more active). The fear of not being good enough—”I’m not fit enough to get fit” or “I’ll hold everyone else back” were common comments. And then, of course, there’s our appearance. Whether it’s embarrassment about sweat and red faces, the fact that we jiggle when we move or don’t look much like the women you see in a lot of sports advertising, [perceived appearance] can persuade a lot of women that sport and activity is just not for them. We wanted to show them that it was.

WR: What did the recruitment process look like to get women involved with the video? You have so many from so many backgrounds of fitness, ages, demographics, etc.

KD: We wanted This Girl Can to be an authentic celebration of active women and girls everywhere, so we didn’t want to use actresses with sprayed-on “sweat”. So we used street casting to find women and girls who were already playing sport and getting active on their own terms. This means going to parks, playing fields and approaching women. We also wanted to make sure we highlighted a range of activities and abilities. Our manifesto for the campaign emphasizes that it doesn’t matter whether you’re rubbish or an expert, it just matters that you’re a woman and you’re doing it, and we wanted to show that. So there’s no airbrushing, no Photoshopping, and every drop of sweat you see is real. Our director worked them hard during the shoot.

WR: What are some of the major future objectives of the campaign?

KD: This Girl Can is about changing attitudes—not only of the women and girls we want to be more active, but also of the organizations responsible for creating opportunities to be active. So with the campaign launched, we’re now focused on working with partners across the sports sector to activate the campaign and bring it to life on the ground for women across England.

WR: There are always differing opinions on how ideas like This Girl Can actually portray women, if it’s right, if it’s accurate, if it’s the right message, etc. If you had one minute to explain what the goal of this campaign is to the room full of women, what would you say?

KD: It’s a sassy celebration of active women and girls designed to normalize sport and activity by showing how real women, ones we can identify with, have overcome their fear of judgment by simply getting out there and enjoying it. We adopted a humorous, confident attitude that allowed our women to show they didn’t take themselves too seriously. It is a campaign that says to women: “If someone has a problem with me doing sport, let it be their problem.” It really doesn’t matter if you run like Phoebe from Friends or Paula Radcliffe—the point is you are running, and that is worth celebrating.

WR: What are some of the ways people can get involved if they want to help spread the word of the campaign?

KD: Tweet, post and talk about the campaign in your social networks using #thisgirlcan. Persuade your non-running friends to get active and just have some fun, and then tell us about it.  There really is an activity out there for everyone. So if it’s not running, perhaps its Zumba. Or roller derby. Or hula hooping.