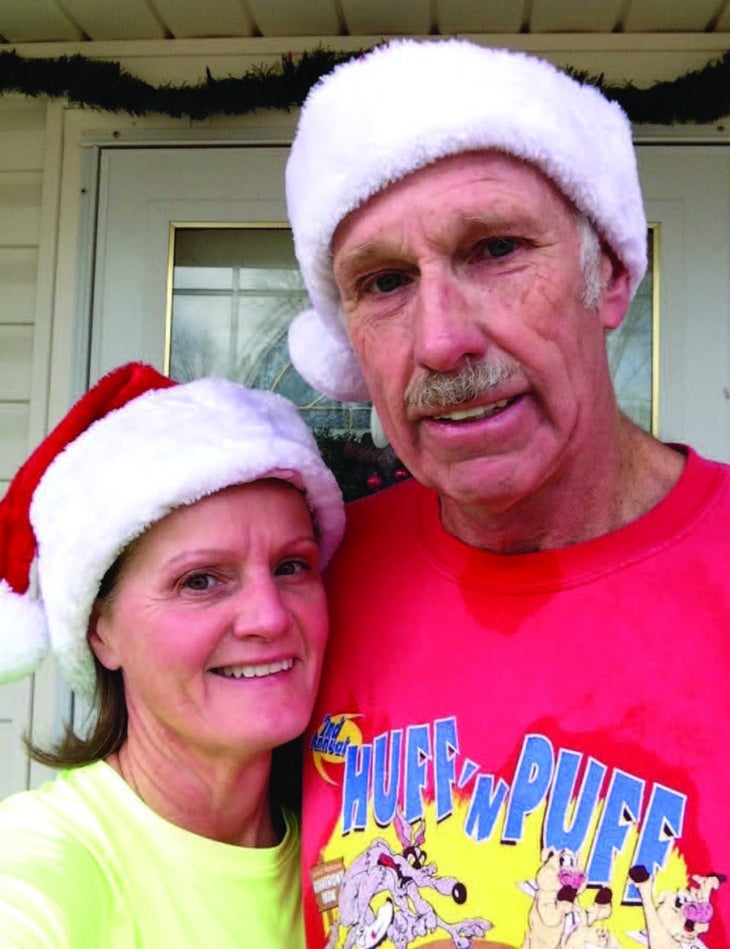 A match made in running…
When 53-year-old Rhonda Condrey started running 23 years ago, she met her lifelong running partner and husband, Jerry, at Alabama’s Shoals Striders running club. He invited her to join a few runners for a bite to eat after a club meeting, but Rhonda, a nurse, had to decline due to an early shift the next morning.

Three months later, Rhonda met Jerry again at her first 5K. To her surprise, she placed second in her age group and Jerry placed third in his. “Your trophy is bigger than mine,” he said to her after the race, and the two exchanged phone numbers.

Rhonda and Jerry tied the knot eight months later, and the Shoals Striders’ Midnight Run on New Year’s Eve marked their first newlywed run. Since then, the Condreys have trained for and tackled countless races together.

At 63 years old and retired from his job as a systems analyst and mathematical modeler, Jerry runs less and bikes more because of knee injuries. But that doesn’t stop him from riding beside Rhonda on her training runs. He likes to spend this time with his wife—and has Gatorade and water for her at the ready.

“During the times I feel overwhelmed, stressed out or not sure how much more I can do, Jerry quietly, gently and lovingly reaches out his hand and pulls me along until we are at the top of the hill,” Rhonda says. Their partnership is strong both on and off the road!