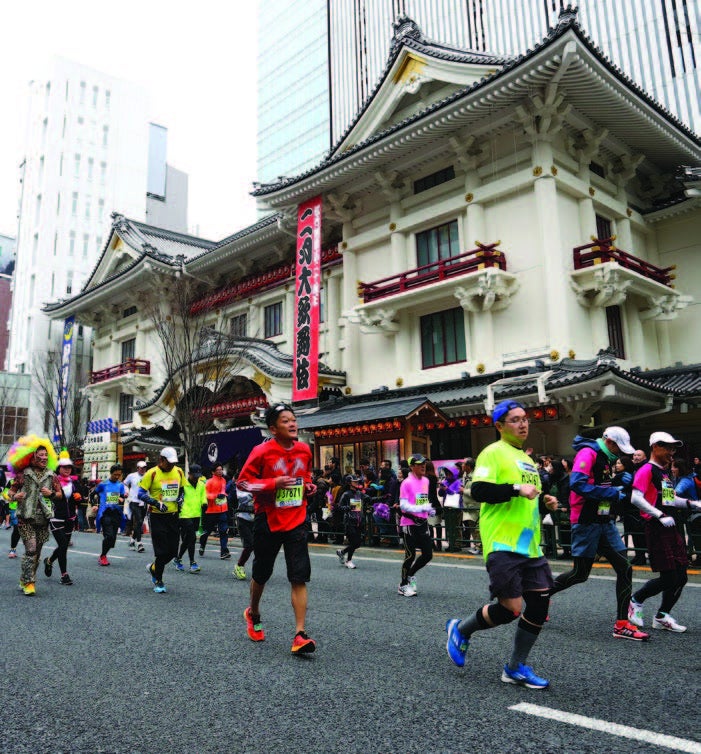 When to Run
Tokyo has a rather temperate climate; it’s comparable to the Mid-Atlantic region, meaning there’ll be a few bitter cold days in the winter and quite a few hot, humid periods in the summer. But for the most part, any time is a good time to run. One friend, who grew up in Japan, says the fall, specifically late September and early October, was her favorite time to exercise outdoors because of the vibrant color displays as the leaves change. Spring is another prime time. The Tokyo Marathon is at the very end of February and the temperature was in the high 40s for race day. Cherry blossoms are out in full force by early March and running through the fluttering, light pink petals releasing their delicate scent is simply intoxicating.

What to Wear
The outfits of Takeshita Street being the exception, Japanese attire is generally conservative. And while sumo wrestlers wear a mawashi for competition, other athletic pursuits necessitate a bit more clothing. When it comes to running, think about wearing layers, especially for the bottoms. Tight-fitting boy-style, capris or tights are fine, as long as they have a loose pair of shorts on top. When I asked why this was the case, my guide said, “Otherwise it looks like you are running in your underwear.” I still ran in capris, without shorts, one of my many cultural gaffes, but it’s worth noting and adopting if you so desire. As for other gear and gadgets, if you have it, use it! Every runner I saw was running with some sort of data-collection device. 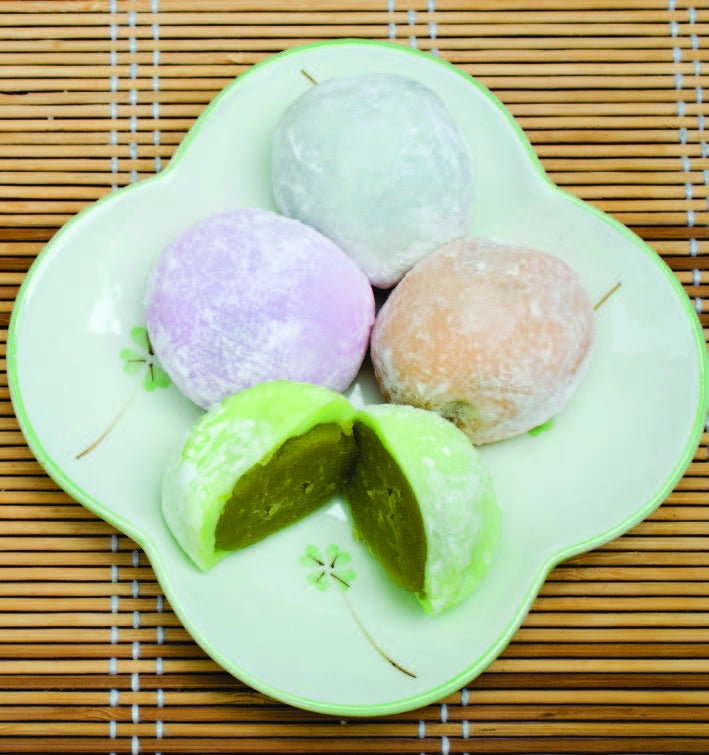 What to Eat
Eating in Tokyo was a delicious adventure, save for a couple of exceptions (dried squid topping that list). Sushi, cook-it-yourself shabu-shabu and onigiri (savory rice balls wrapped in seaweed with a tasty bite of salmon or pickle in the middle) were some favorites. But I became obsessed with soft, pillowy balls of rice dough filled with lightly sweetened bean paste called mochi. In fact with their blend of carbohydrates and protein, I dubbed them “the perfect running food.” Whether or not that’s the case (okay, maybe not!) they are readily available and make a just-right afternoon pick-me-up when sightseeing has you feeling peckish. Matcha-flavored (green tea) pastry with red bean paste or plain dough filled with white bean paste and a juicy strawberry are two top picks.

Emma Coburn: “Not everybody gets their dream outcome at the end of the day.”