Participants determined to reach the finish line of the 2018 Boston Marathon.

Des Linden wasn’t the only woman who kept showing up through the chilly, pelting rain at this year’s Boston Marathon. The thousands of women behind her demonstrated that they were every bit as tough. The New York Times reported the dropout rate for men rose by 80 percent, compared with just 12 percent for women. When the going gets tough, women get going. —Daphne Matalene, contributor A highlight of the year? Receiving my much-anticipated copy of Run Fast. Cook Fast. Eat Slow. by Shalane Flanagan and Elyse Kopecky. Not only are the recipes delicious (and simple!), but I love the photos and the insight into Shalane’s and Elyse’s daily lives. Bravo to these ladies for getting another fantastic cookbook out there! —Sarah Wassner Flynn, contributor 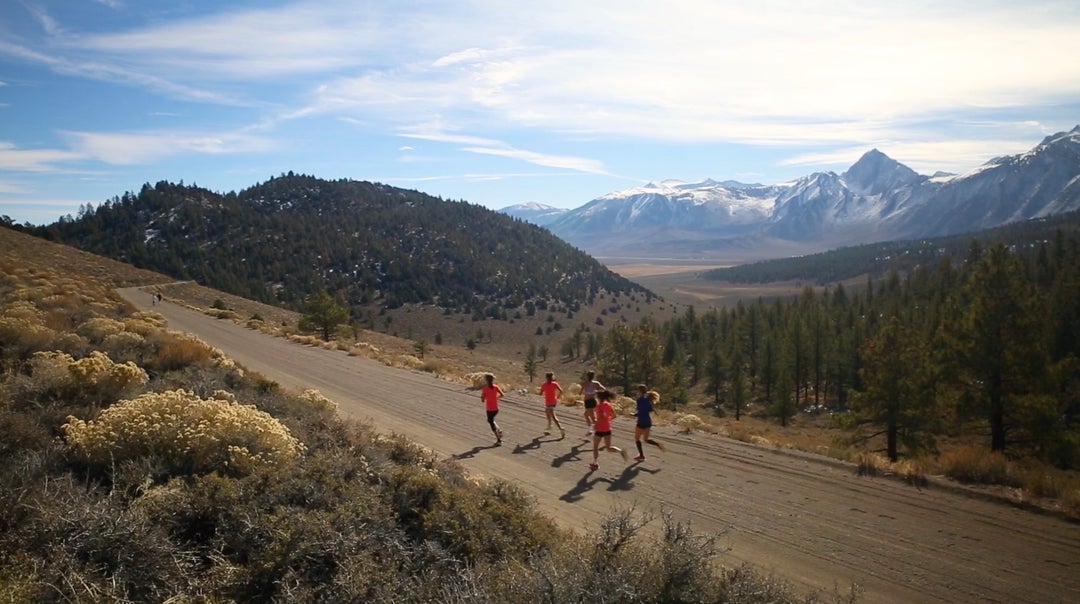 My favorite running moments of 2018 have actually taken place far away from the race course. This past year, I’ve noticed a huge surge in women supporting women on social media—pros and amateurs alike who use Twitter and Instagram as a platform for lifting each other up and cheering each other on. More of this in 2019, please! —Susan Lacke, contributor

Shelby Houlihan breaking the American record in the 5,000 meters in August was a beyond-inspiring performance. After already smashing the four-minute mark in the 1,500 meters and collecting a couple of national titles, it truly was the summer of Shelby on the track. Shelby is such a fun athlete to follow—I can’t wait to see what she does in the next Olympic year. —Sarah Wassner Flynn, contributor

The Speed Project 4.0, a 340-mile relay from Santa Monica, Calif., to Las Vegas, Nev., took off in late March with more than 300 participants—10 of whom represented the race’s first-ever all-female team. Those women—all complete strangers—met their teammates on the eve of the race and proceeded to become fast friends, relying on and supporting each other over hundreds of miles on the road. The team didn’t place first or break any records, but they did finish the relay running alongside each other, reminding us all that women can tackle the toughest challenges when we support each other. —Meghan Roos, web editor

What stood out to me in 2018 was the sportsmanship that Des Linden displayed on her way to victory in Boston this year. Not only did she wait while fellow American (and top contender) Shalane Flanagan stopped at the portapotty so that she could help Shalane catch up to the leaders, she also helped Molly Huddle, another U.S. runner, stick with the group. After Des ran out of teammates to help, she ended up realizing that she could finish the race herself in the brutal windy, rainy conditions. It was heartening to see an athlete at that level think of her fellow U.S. runners before she even thought of herself. —Bethany Mavis, managing editor

Running For A Cause

Twenty-year-old Mollie Tibbetts’ murder while running alone near her home in Brooklyn, Iowa, hit the women’s running community like a cold shock—not necessarily because of the event itself, but for the incredulity we feel in the midst of the #MeToo era that terrifying acts of violence against women are still happening in 2018. Runners responded to Tibbetts’ killing with outrage, sadness and fear, some declaring they’d never run alone again as others embraced the #MilesForMollie movement that began shortly after her death. In a year littered with ups and downs, this senseless killing of a runner stood out, a potent reminder that there are no guarantees. All we as runners can do is take the safety precautions available to us, trust our instincts and refuse to take risks whenever our well-being is concerned. —Team WR