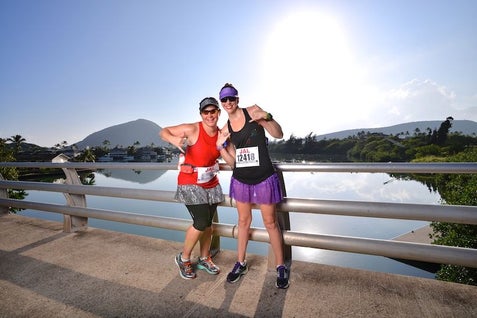 Why I Ran Through IVF

“Are you a good student?” my gynecologist asked me when I was 16.

“Yes,” I said, confused. I’d just recovered from ovarian surgery to remove three large cysts and hundreds of smaller growths that had bound my reproductive organs in lesions—a product of endometriosis. My doctor also opened my fallopian tubes, which were completely scarred closed.

It was 1994, and antiquated attitudes persisted. As appalled as I was by his delivery, the message was clear.

When my husband and I decided to “try” 20 years later, in vitro fertilization was our only hope. I’d been through temporary, medically-induced menopause and a battery of tests that showed my fallopian tubes were blocked again and my ovarian reserve was suboptimal. My fertility specialist gave me a 2-percent chance of conceiving naturally, only because nothing is completely certain, she said.

Unfortunately, going through IVF means putting running on hold for many women. But it doesn’t have to. If ever there were a time I needed to run, IVF was it.

IVF success rates vary depending on a woman’s age and a variety of other factors. But in the U.S. in 2016, 33.4 percent of all IVF cycles intended for pregnancy resulted in a live birth, according to data from the CDC. In the U.K., 65 percent of women have given birth after six cycles, according to a 2015 study published in the Journal of the American Medical Association. I knew I had a long battle ahead.

The entire process took 10 months, from our first fertility consultation to the end of my first trimester when I stopped taking hormone injections. And I was one of the lucky ones; I got pregnant and gave birth on the first try. Multiple IVF cycles can take years. 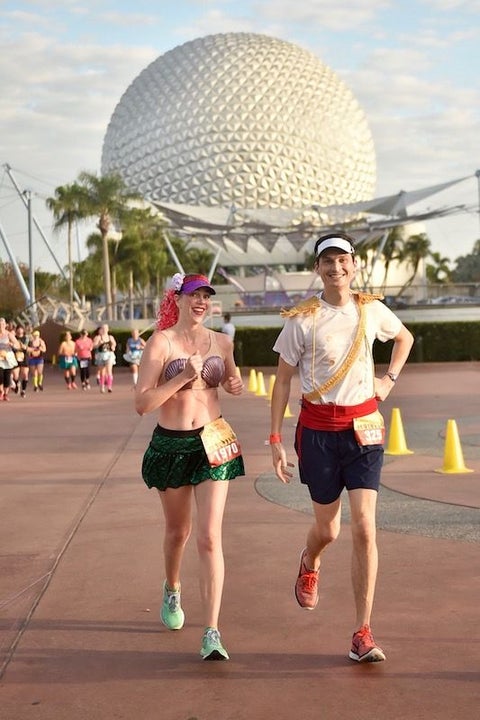 Why the hold-up? We went through multiple tests to get a complete fertility assessment for both of us; mandatory screenings for over a dozen diseases (when blood tests revealed I had no immunity to measles or chicken pox, I had to re-vaccinate and re-test before the clinic would let me proceed); required orientation classes; scheduling conflicts (you must be available to visit the clinic almost every day during your cycle); waiting for my irregular period to arrive when it was finally time to begin; genetic testing once we had embryos; and more waiting for a window to transfer an embryo back into my body.

Over the course of 14 days, I gave myself about 25 injections to stimulate my ovaries to release multiple eggs at once. During that time, I visited the clinic every other day, and sometimes daily, while my doctor monitored my progress through blood tests and ultrasounds. Two weeks later, she retrieved my eggs through a minor surgical procedure, while my husband left a sperm sample. The eggs and sperm met in the lab, where some grew into five- to six-day-old embryos, which could be frozen, sampled and tested for the types of genetic problems that often result in miscarriage.

It was two more weeks before we heard from the genetics lab that we had multiple healthy embryos. We waited through another menstrual cycle before I restarted hormone therapy to prepare my body for the embryo transfer and—hopefully—pregnancy. Ten days after the transfer I learned I was, in fact, pregnant but still continued daily hormone injections through most of my first trimester. When I moved into my second trimester, and IVF was officially “over,” I breathed a sigh of relief.

“The blanket advice offered to women undergoing IVF is often to ‘reduce exercise’ during treatment cycles,” writes exercise physiologist Cecilia Kitic, Ph.D. “[B]ut without knowing how much someone is doing and if the exercise intensity and frequency are appropriate, this blanket advice could actually reduce the chance of IVF success for some couples.”

After talking with my doctor, I came away with a holistic approach. She told me to keep running, especially if it helps my stress levels. Like the relationship between exercise and fertility, the exact links between stress and fertility are still largely unknown. And just about any doctor will tell you that managing stress is a good thing. IVF is certainly as nerve-wracking as it gets. One small-scale study from 1993 found that the psychological impact of infertility is comparable to the stress of having cancer.

Drug-induced hormone changes take you on an emotional roller coaster ride, similar to the fluctuations women feel during pregnancy and menopause. I know; I’ve been through both. Simply put, you’re not yourself. Add to that the financial burden that comes with IVF’s hefty price tag, jabbing yourself with large needles multiple times a day, the time investment of traveling to and from the clinic numerous times a week for weeks on end, the invasive surgical procedure where someone is—literally—harvesting your eggs and the uncertainty that any of this is going to work. Then you start stressing about how much you’re stressing.

I can’t imagine going through IVF without running. It’s been my mental health mainstay for more than a decade. Taking away my coping mechanism during one of the most stressful times of my life didn’t seem like a good idea to my doctor or to me. 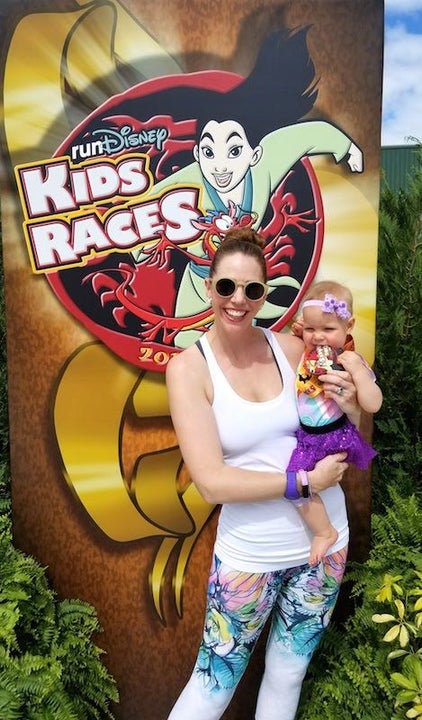 There are two periods when high-impact exercises like running generally aren’t recommended. During stimulation your ovaries balloon in size and can twist in place, cutting off their blood supply. It’s a rare but dangerous condition called ovarian torsion. Women are at risk a few days into the stimulation process until a few days after egg retrieval. Standard recommendations tell women to stop running the day they start IVF up to two weeks post-retrieval, which can be a month or longer. After the embryo transfer, standard advice is to take it easy for the two weeks until your pregnancy test.

However, my doctor tailored a personalized schedule based on my history and progress. All told, I took just 17 days off during the egg retrieval process instead of a month and five days after my embryo transfer instead of two weeks—all with my doctor’s guidance and blessing.

“We encourage patients to take it easy in the few days following IUI or embryo transfer,” writes reproductive endocrinologist and fertility specialist Prati A. Sharma, M.D. “However, you can resume your usual workout routine even before your pregnancy test; a workout routine that you are used to will not have any effect on implantation.”

That was my doctor’s main message throughout my IVF process: you’re a runner—go run. I even sandwiched the process with a marathon and half-marathon and ran a personal best in the middle of it all.

I paced a friend through the Honolulu Marathon in Hawai’i just one month before I started IVF. Having one last hurrah with my oldest friend—who knew me when I first received my diagnosis 21 years before—was exactly what I needed to mentally steel myself for the process. Then I kept on running until that 17-day break.

Once I recovered from the retrieval, running again became my confidant. I threw myself into training with gusto. I needed it as I waited for the results of our genetic testing. I felt a fire under my feet and smashed my 10-mile personal best at the Cherry Blossom Ten Mile Run in Washington, D.C.

Once we got news that we had a few viable embryos, I pushed on with my training as I waited for my transfer cycle to begin. I ran my second fastest 13.1-miler ever at the Tinker Bell Half Marathon at Disneyland in California during what would become the first week of my pregnancy.

“The truth is that there is very little that can interfere with a pregnancy outcome after infertility treatments,” Sharma says. “In fact, recent data has shown that bedrest after embryo transfer actually decreases pregnancy rates! So grab your gym bag and running shoes, and head to the gym—all will be okay.”

Not only did running help get me through IVF, it turned out that focusing on my health while trying to get pregnant also made me a better runner. I was so tuned into my body—paying attention to every signal it sent, eating healthier than ever before—that I emerged from IVF focused and fierce in the best shape of my life. It served me well as I faced the physical and mental challenges of pregnancy and, eventually, motherhood.

Now my daughter is 18 months old. We celebrated her first birthday two and a half years after I set off down this road—with a race, of course. I ran the Disney Princess Half Marathon as my first post-baby 13.1-miler, and she tiptoed through the Diaper Dash at the runDisney Kids Races. I hope it’s the first of many miles we’ll share running through life together.

Real Runners: I Put Racing On Hold To Pursue IVF

What Runners Should Know About Fertility And Nutrition