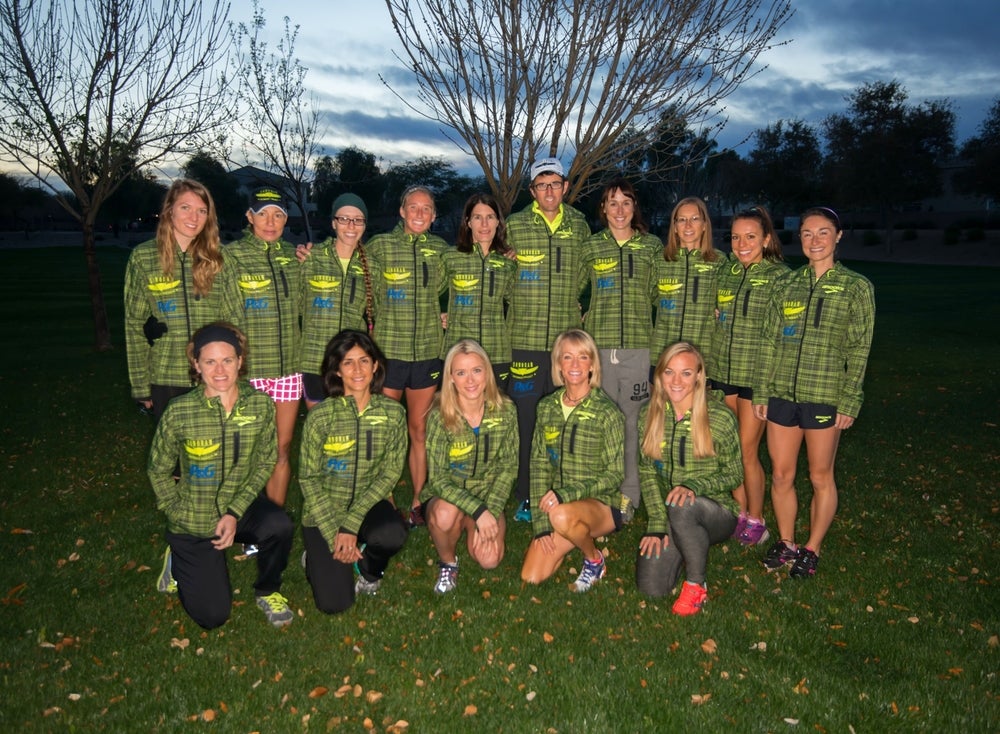 The Sonoran Distance Project (SDP) is a group of runners with big, crazy-fast dreams—and all of the athletes have a few things in common. They all aim to be Olympic Trials bound, which means they could kick just about anyone’s butt over 26.2 miles. Their average marathon time is under 2:50. Oh—and they are all women.

What’s it like to coach one of the fastest female teams in the country? “Most people assume it’s a pain in the ass,” says John Reich, head coach of SDP. “When people hear I coach a women’s team, it’s pretty universal that I get an eye rolling and a, ‘Oh that must be awful!’ from both men and from women too.”

Reich says this sort of sexist reaction is absolutely ridiculous. The Phoenix resident has coached both high-performing men and women and says, “It’s more or less the same.” Athletes who have goals to run fast act like high achievers regardless of their gender.

Carrie Birth, a runner gunning for an Olympic Trials qualifying time (which would require a sub-2:43 finish in the marathon) says, “We truly help and root for each other and train together every single day. It’s powerful and amazing.”

Back in 2013, Reich was coaching a number of individual athletes of both genders. He wanted to create a centralized team to help his top performers get faster through the support of top-tier training partners. The choice to make the team women-only was by strategy. “Basically all the best teams were coed. I was looking for a little bit of differentiation,” says Reich. “I thought a women’s team might be easier to get a sponsor for than a mixed team.”

If this tactic sounds manipulative, consider this: Most professional runners make less than $20,000 per year. For athletes who are sub-elite (like the women of SDP), this figure is substantially lower. Lack of team sponsorship makes recruiting talent nearly impossible—and an inability to garner talent creates a team brands will refuse to sponsor.

By building an all-female squad, Reich hoped that he would be able to attract dollars from sponsors outside of the running industry. After a year of scraping by and coaching nearly full-time without compensation, his concept proved correct. Pantene, Always and Brooks signed on to support the team and the group began to flourish. Birth says the partnership was a perfect fit, “[Pantene’s] campaign ‘Stronger Together’ has become our mantra over social media.”

The team now includes Susan Loken, a 52-year-old grandmother and two-time Olympic Trials qualifier who is trying for her third chance in 2016; Natalie Como, a 1:17 half-marathoner who balances training with a medical residency; and Ariana Hilborn, a runner trying to break 2:30 in the marathon in order to head to Rio to compete for Latvia.

Related: Running Through Your 50s

The women’s backgrounds are diverse, but Reich says that they all face similar obstacles while chasing down their dreams. “The work challenges and family challenges should theoretically be the same for men and women but they’re not. There’s a lot men can get away with that women can’t.” For the runners of SDP, managing jobs, children, school, home life and running at a high level can be close to impossible. But none of them are giving up on their ambitions.

As the U.S. Olympic Marathon Trials quickly approaches [the race is set for February 16, 2016], we’ll be following along with the women of SDP to see what it takes to balance daily life while trying to become one of the fastest women in the country.