Summer is the perfect time to explore new regions of the country, and trips are made even more enjoyable when they center on something you love. Of course, running makes our hearts soar—but you can’t run all dang day—especially in July or August. That’s why we’ve rounded up the best summer destinations for active travelers. Whether you define “active” as 24 hours of rock climbing or wearing out your forearm sipping craft beer, there’s something on this list you will love.

Related: Here’s How Runners Can Put A Twist On Summer Vacation 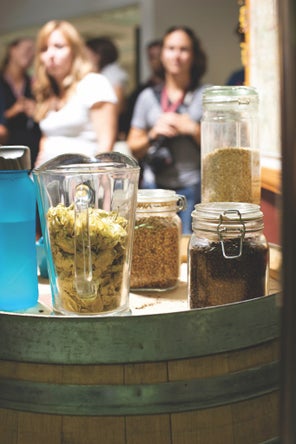 If You Love Food And Beer: Bend, Ore.

While there’s an abundance of snow sports in Bend, making it a popular winter getaway, the little mountain town is even more fun in the summer.

Advertised as “Beer Town, USA,” Bend is known for its breweries and microbreweries, all conveniently clustered together at one end of town. Rent a cruiser bike and pedal from tasting room to tasting room along the Ale Trail as you enjoy well-crafted sips from 10 Barrel Brewing, Boneyard Beer and more.

Bend also features a number of wineries, as well as local bourbons, gins and vodkas to choose from, complementing farm-to-table cuisine from Brasada Ranch restaurant, French- and Italian-influenced fine dining at 900 Wall Restaurant or even a $3 snack from Dump City Dumplings, one of Bend’s ever-popular food trucks.

Celebrate the location’s namesake by heading to a riverside rental spot where you can borrow a paddleboard, kayak or tube. Head up the Deschutes for a little workout and relax as the current takes you back into town. 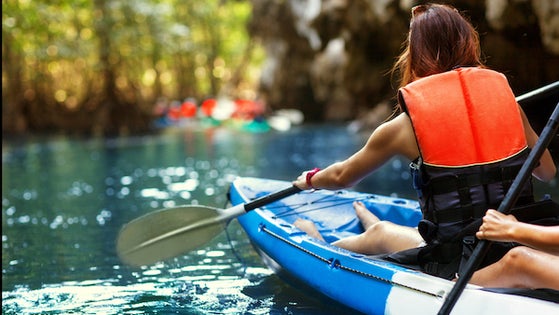 Sheltered by the Floridian peninsula, this little Gulf Coast island is the perfect place for gentle, scenic sea kayaking and can be enjoyed by novice and serious paddlers alike. Kayak along the coast, and you’ll likely run into dolphins surfing and manatees doing their thing as you glide alongside. River tours offer the opportunity to see alligators too. Don’t worry…they won’t bite—probably.

For those looking for a different sort of water sport, Anna Maria Island also offers something different just across the bridge in the town of Bradenton: horse surfing. Yes, you read that right. Horse surfing is just about as wild as it sounds. It entails standing on a horse as it swims along the shore; those less inclined for adventure (but willing to bear witness) can ride a horse in the shallows instead. 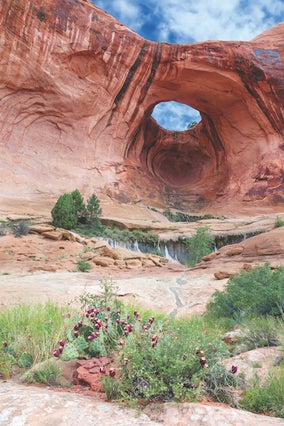 The Moab Desert offers a serious challenge for those into full suspensions and fatter tires. Comprising miles of sand and steep descents along cliffs, Poison Spider Mesa requires some technical know-how—and it’s not for the faint of heart. Still, visitors love the enormous patches of slick rock on and around the paths, which offer thrilling rides downhill.

The biking is memorable, but so are the vistas. After the initial 3-mile climb, the trail plateaus and the city of Moab, rock fin formations and the La Sal mountains pan out around bikers in an amazing 360-degree view.

Mountain biking isn’t the only thing to do at Poison Spider Mesa; on the drive from Moab to the trailhead, visitors should keep watch for million-year-old dinosaur tracks and several thousand-year-old painted petroglyphs. 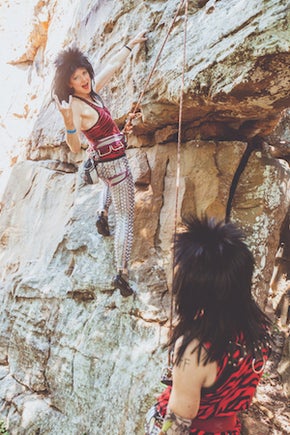 If You Love Rock Climbing: Horseshoe Canyon in the Ozarks, Ark.

On vacation, some people like to relax and recharge while others prefer to stretch themselves to the limit. When it comes to rock climbing, there is no greater challenge than climbing the sandstone-laden walls of Horseshoe Canyon.

Nestled in the Ozarks of Arkansas, Horseshoe Canyon is, aptly, a horseshoe-shaped canyon run by a private dude ranch that features an annual climbing contest held in September. It also happens to be home to more than 400 climbing routes. Every year, participants in Horseshoe Hell are charged with 24 hours straight of challenging rock climbing done in two-
person teams. The length and pace of the race, rough sandstone rocks and the terrific steepness of the routes make this one of the most grueling rock-climbing races in the country—but climbers don elaborate costumes to amp up the fun.

Visitors looking for something a little less extreme are welcome in the summer. There are routes for beginners, and you can climb for as long or as short as you’d like. 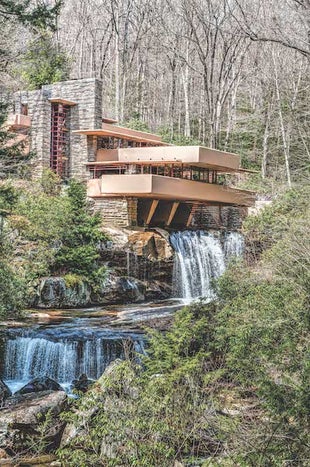 If You Love Art: Fallingwater in Fayette County, Pa.

Maybe instead of a strenuous vacation where you are hiking, mountain biking and horse surfing, you want something a little more Zen. In that case, Fallingwater may be exactly what you’re searching for. Designed by Frank Lloyd Wright in 1935, this is the only major house by the famous architect currently open to the public with its original furnishings, artwork and surroundings intact. While it was created as a summer cabin for department store moguls (the Kauffman family), it now serves as a museum.

As its name suggests, Fallingwater stretches out over a 30-foot waterfall. Its unusual base makes it appear as though it’s floating over the stream, disrupting nothing. The architecture highlights nature rather than attempting to tame it.

If the natural backdrop to Wright’s design isn’t enough for the thrill-seeker in you, Ohiopyle State Park is a six-minute drive away where visitors can hike, go whitewater rafting and even try zip-lining. 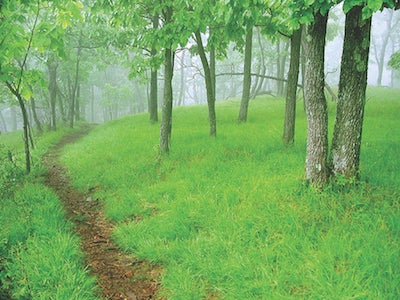 If You Love Hiking: New England Scenic Trail in Conn., Mass. and Vt.

The Northeast is full of paths for hiking, but few are as pleasant as the New England Scenic Trail. Like a mini version of the Pacific Crest or Appalachian Trails, this route runs from Connecticut’s shoreline up to the New Hampshire border and attracts thousands of hikers every year.

The New England Scenic Trail is a particular favorite for day-trippers, with relatively easy segments that can be completed in a couple of hours. If you’re up for a challenge, seek out the mountainous portions of the trail that necessitate a bit of a scramble up (or down). The views are worth the effort.

The best-known segment is a 9-mile trek called the Metacomet, which crosses from Avon to Simsbury, Conn. Named after a Wampanoag leader (also known as King Philip), it is said to be where the chief himself sat and watched the town of Simsbury burn in 1676.

For those who prefer a multiday adventure, the sectioning of the trail offers the option to either camp in the woods or glamp at nearby bed-and-breakfasts. Trail running and mountain biking are options too, and certain portions of the route have designated bike paths that run alongside the original trail. 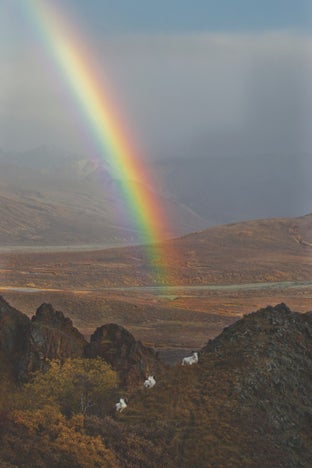 A trip to Denali National Park is unforgettable for outdoor enthusiasts and animal lovers. A chance to see some of North America’s wildlife in its own habitat, the park comprises six million (!) acres of land in Alaska’s interior wilderness. Bisected by a lone ribbon of road, visitors to Denali travel along a path that takes them through various Alaskan habitats: taiga forest, high alpine tundra and a snow-covered mountain range.

The best way to see what park rangers call the “big five”—grizzly or black bears, caribou, moose, wolves and Dall’s sheep—is to take a park-run bus, which can travel all 92 miles of road. The charming retired school buses allow visitors to concentrate on the wildlife instead of the road—plus visitor-owned cars can only travel the first 15 miles inside the park. Ask the driver to stop the ride at any point, so you can trek across the tundra. With shuttles every 30 minutes, you can just wave the next one for a ride.

10 Reasons Hawaii Is Your Next Summer Vacation

Why Charleston Is Considered The “Holy City” For Runners

12 Best Cities Around The World For Globe-Trotting Runners