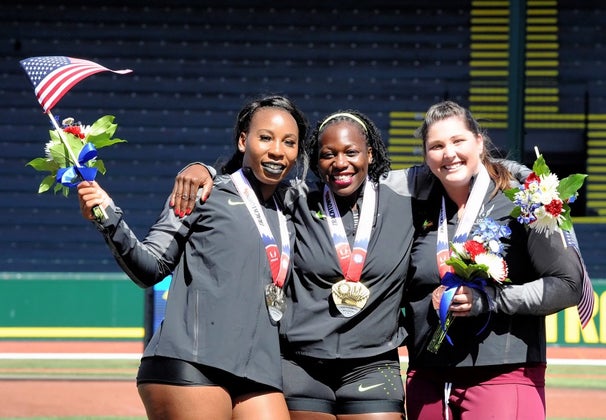 What went down at the Olympic Track & Field Trials on day five?

After a one-day break from competition, the Olympic Track & Field Trials (the games the decide who will represent the United States in Rio) recommenced today. The oval remained empty with the only action on the infield. The men’s and women’s hammer throw semi-finals and finals took over the green.

It’s only one of the oldest Olympic competitions! Dating back to the 15th century, the hammer is one of four throwing events (the other three are shot put, javelin and discus). And here’s another fun fact: After King Edward I of England barred Scottish citizens from possessing weapons during the Wars of Scottish Independence, the smart Scotts developed other ways to train for battle—like the hammer throw. Even though it’s just a sport, we wouldn’t want to get in the path of one of these monsters. Olympic standard hammers are 8.82 pounds and 3 feet, 11 inches in length (men’s are 16 pounds). Women have tossed these suckers as far as 266 feet. The world record was set by Poland’s Anita Wlodarczyk in 2015.

Okay, but what happened today?

Today, admission was free to historic Hayward Field! Hammer fans could sit anywhere in the hallowed stadium and watch the events for zero bucks. A pretty great price for a front row seat to the Olympic train.

Right, so what did the fans see happen?

Basically, it came down to who heaved the hammer the farthest. All three women who qualified set meet records, meaning that competition was tighter than ever to make the team. Two Southern Illinois University alums (and friends) DeAnna Price and Gwen Berry both won spots on the team with tosses of 73.09 each—which, we have to say, is so freaking far to throw anything! Amber Campell one the day and punched a ticket to Brazil by eeking out 74.09 meters of airtime. Our heart went out to 2012 Olympian Amanda Bingson (you might remember her from last year’s awesome ESPN Body Issue cover). She tied for fourth, missing the team by just a few feet. 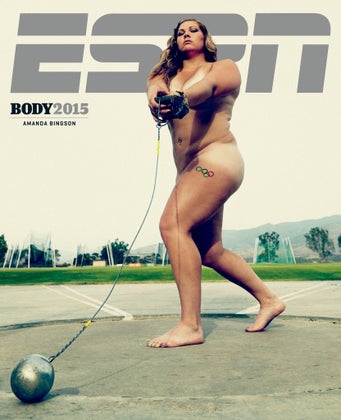 What was the sweetest moment of the day?

For buddies Price and Berry the victory was all the more special because they did it together. When Price learned that both athletes made the team, she burst out into tears of joy. Fans could hear Campbell say, “Okay, stop crying, knock it off—or I’ll start!” The two women embraced with wet cheeks, thrilled to share this accomplishment with a beloved friend.

What’s on tap for tomorrow?

Day seven is a big one for track fans! Here’s the line up: 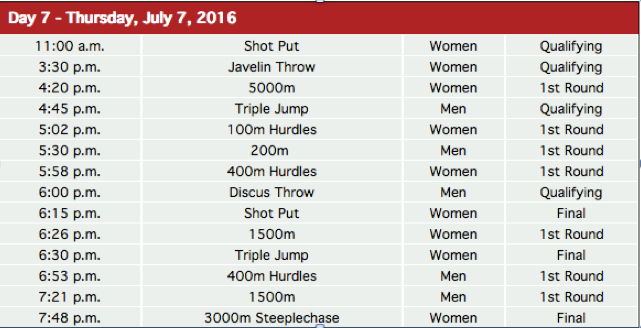 Watch four and a half hours of action on NBC! Schedule here.