Strava, the social network for athletes, has revealed unique insights into the Boston Marathon from race day data as well as 12 weeks of training data taken from the 2016 Boston Marathon runners. 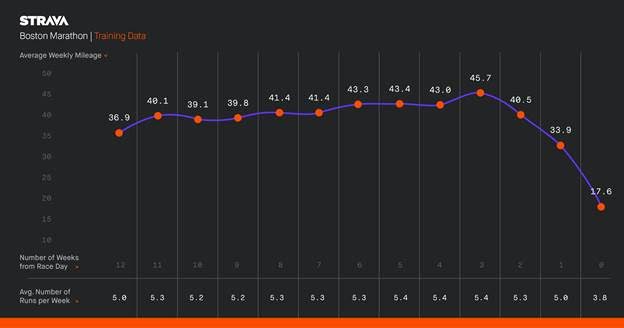 Athletes’ runs qualified as long runs if they logged 15 miles or more in one session. Boston Marathon runners averaged a total 4.2 long runs over the course of 12 weeks, with the average long distance run coming in at 19.1 miles.

Rise and shine! The most popular time for runners to train was between 3 a.m. and 8 a.m., with 30 percent of athletes training for the Boston Marathon logging activities between these times. 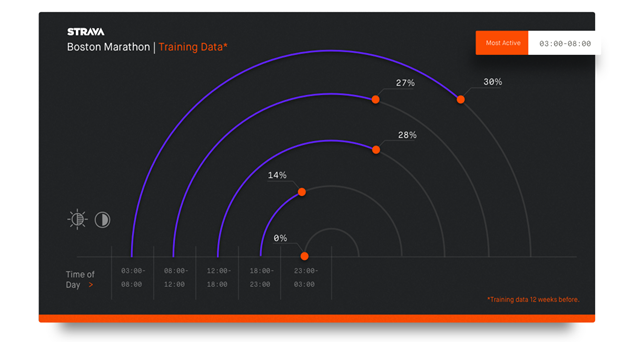 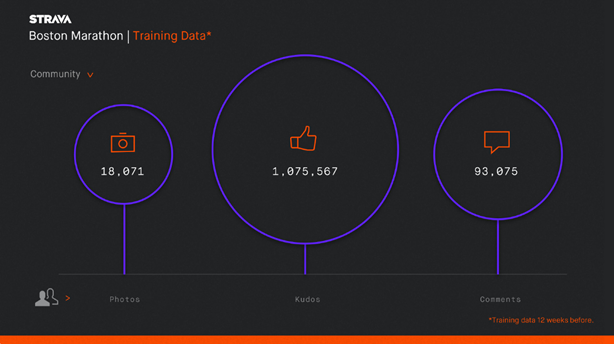 According to Strava data, both men and women experienced their fastest mile at mile 4, and their slowest mile at 21, Heartbreak Hill. Running quickly at mile 4, while a slightly downhill segment, is also possibly an indicator of newfound freedom from the crowded early miles allowing runners to ramp back up to their planned target pace. 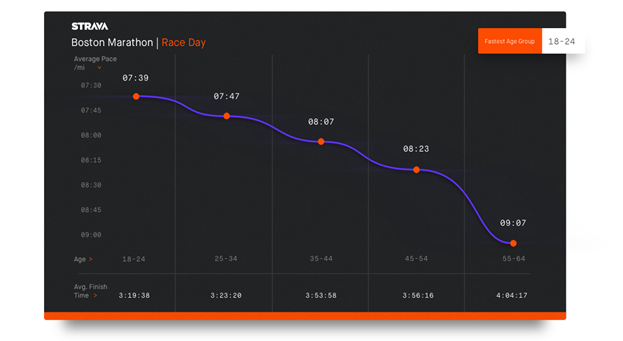 These are some serious athletes. Boston Marathon racers were the fastest to recover, with an average of just 5.4 days of recovery before their first post run race activity was logged.