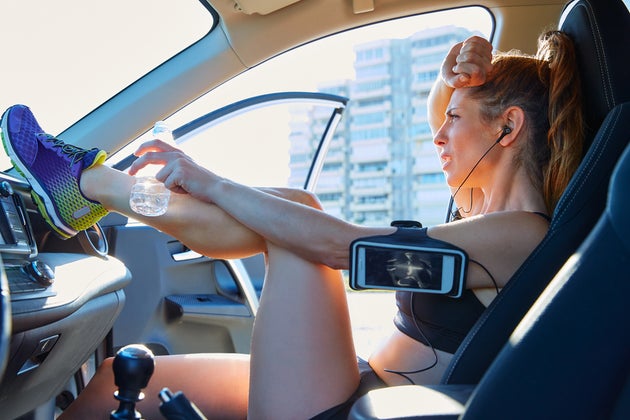 In 2015, women completed marathons with an average finish time of 4:45:30—according to Running USA’s annual report. This corresponds to roughly 10:52 per mile, which—in turn—translates to around 141 steps per minute. To help you approximate this pace in your own workout, we’ve compiled a playlist focusing on songs within 5 beats per minute (BPM) of this tempo.

As a rule, rock songs are almost always faster than their pop counterparts, and that’s reflected in the mix. To that end, the tempo moves up progressively starting with solo artists like of Rihanna, Meghan Trainor, and Lady Gaga before moving on to bands like Sheppard, The National Parks, and Blink-182. By running to the beat of these songs, you’ll move at roughly the pace of a marathon. Whether you’re training for one currently or just curious, this should give you some idea what to expect. To see how it feels, just grab your sneakers and press play.

Songs For The Average Marathon

A Runner’s Guide to Hip Pain