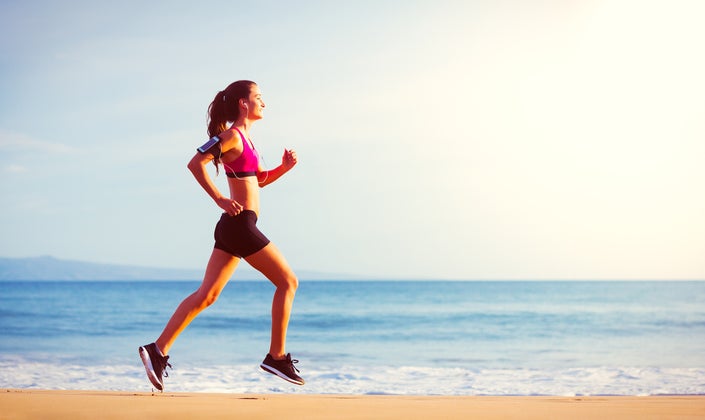 On the seasonal music fronts, summer and winter tend to get more the more tributes in song than the fall and spring. Put simply, there are more songs about sunshine and snowfalls than falling leaves and new flowers. While summer and winter themes figure prominently in lyrics of their respective odes, the former bunch generally do a better evoking the season musically. In short, the words to “Winter Wonderland” describe the holidays, but the opening guitar blast of “Summer of ’69” sounds like a heatwave. To that end, this playlist focuses on workout songs that both describe–and sound like–summer.

The list kicks off with a rousing take on the summer from Maroon 5 and winds down with a gentle track from Sheryl Crow. In between, you’ll find throwback tracks from the aptly-named Katrina & The Waves and summertime perennials The Beach Boys. Elsewhere there are recent cut from “Cool Kids” hitmakers Echosmith and English, indie quartet Circa Waves. Lastly, seasonal anthems from The Wanted and Demi Lovato appear in remixed form–giving each a new lease and fresh sound. For an sustained wave of warmth, you can put the playlist to use as it is. Alternatively, you can cherry pick a few favorites and pop them in whenever you need a little boost. However you want them, whenever you need them, your summer picks are below.