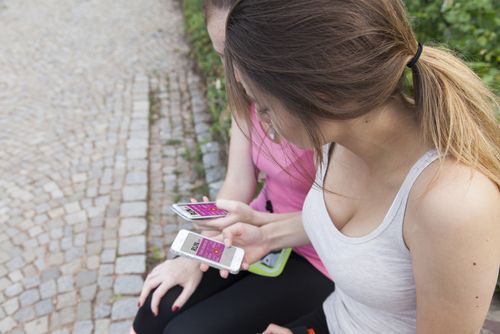 Runners who post on Facebook easily become punching bags, as social media can be ruthless. They are criticized for bragging, or not being truthful, or possibly oversharing. Or just whining. If you share your long run, others might become jealous if they can’t go as far as you. If you write about nearly pooping your pants, it’s a TMI (but so true!). And sometimes what’s intended to be inspirational for others is interpreted as bragging more than inspiring.

Still, we do love to post it all; it holds us accountable, (hopefully) inspires others to get out there and, yes, does make us feel a bit proud of our accomplishments. But it’s not always sunshine and strides; sometimes the negative posts grant us the support we need in that moment from our community. And of course, we do find ourselves on the opposite side of the fence, reacting to others’ shares in the same negative fashion fear. Hey, it happens!

Here are five common posts that maybe fall into certain categories, but perhaps we haven’t quite hit post on any of them:

“I have a stress fracture in my foot and cannot run for at least three months. I am so sick of all the runners out there posting about their amazing runs and races. Shut the eff up and have some respect for the injured.”

We have all been here, tbh. Just remember that someone else is reacting in this same way to your victorious posts once you recover.

“You guys! You will not believe what happened to me on my 10-mile run today. I’ll start by telling you I committed the ultimate running sin and had a chili cheese burrito before my run. Suffice it to say I started cramping badly at mile 6. At mile 7, the farts started, only let’s just say some were not just farts. By mile 8, it got ugly and messy. I had soiled myself! Not only did it smell but I had also made the mistake of wearing light yellow shorts. You should have seen it! (Because you totally could see it.)”

Okay, sure it’s a lot of information. But it’s a reality, and perhaps other runners need to know they aren’t alone!

“I am such a strong runner. I can feel with each mile how much I am improving. Today I ran 13 miles, and it felt effortless. People who say running is hard are wusses. They just don’t try and train hard enough.”

A little extreme, and definitely false, but perhaps this is how it reads to other people who might be struggling more than you.

“This is so crazy. Apparently they give first-place medals to slow and pathetic runners like me who win marathons in large cities like New York!”

First, you’re not pathetic and you’re definitely not slow. Speed is relative; there is always someone faster or slower, and it doesn’t matter where you fall on the spectrum. If you want to share your accomplishment, do it! You don’t need to be ashamed of being awarded a medal.

“Today I got up and had half a cup of oatmeal with three slices of banana. I double tied my shoes and got my satellites on my Garmin because I was going for a run! I ran 2 miles to the end of the road and then stopped to stretch my hamstrings, which are feeling a bit tight lately. I also scratched a mosquito bite I must have gotten at mile 1. What a full morning already!”

It was a full morning! And while there are plenty of us that thrive on sharing our every happening of our lives, others might roll their eyes at the “oversharing” feel. Still, never be scared to share your day—you’re a runner, you do a helluva lot to be proud of!