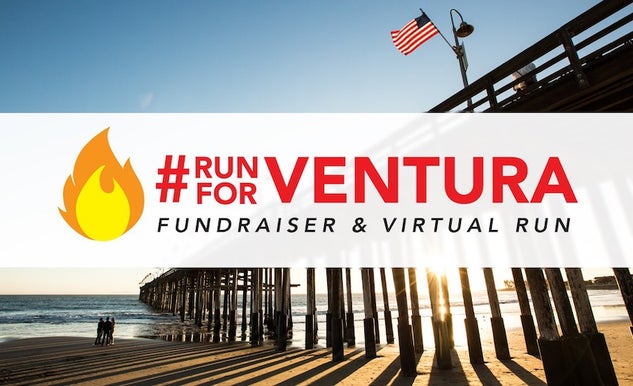 In response to the wildfires that began ravaging Southern California on December 6 from northern Los Angeles to the northern reaches of San Diego County, the Ventura, Calif.-based Mile 26 Sports and the Lexus Ventura Marathon (part of the Lexus LaceUp Running Series) announced a joint effort to aid fire victims. The partnership is taking the shape of a virtual 5K that was launched as a fundraiser on GoFundMe the day the fires began burning. All donations will go to the Thomas Fire Fund.

This is how it works: Runners interested in aiding those affected by the wildfires must start by making a donation (of any amount, though a minimum donation of $25 is required to be eligible for the contest discussed next). That’s a great start–but those interested in scoring a prize out of the deal need to take a few extra steps. After donating, runners are instructed to run a 5K and record their route (treadmill runs work, too) using a running app, watch or fitness tracker. Take a photo or screenshot of your results, submit this form on the GoFundMe page and tell others about the fundraiser by using the #RunForVentura and #ThomasFireFund hashtags on social media. If yours is the lucky name that’s selected, you might just win gear from brands partnered with the Lexus LaceUp Running Series (like Saucony or Nuun).

If you decide to participate in the virtual 5K, we want to know about it! Tag #TeamWR as you share updates from your #RunForVentura and #ThomasFireFund runs in the coming days.

Safety Tips For Training And Racing During Natural Disasters

Wishing The Caribbean And Its People A Speedy Recovery