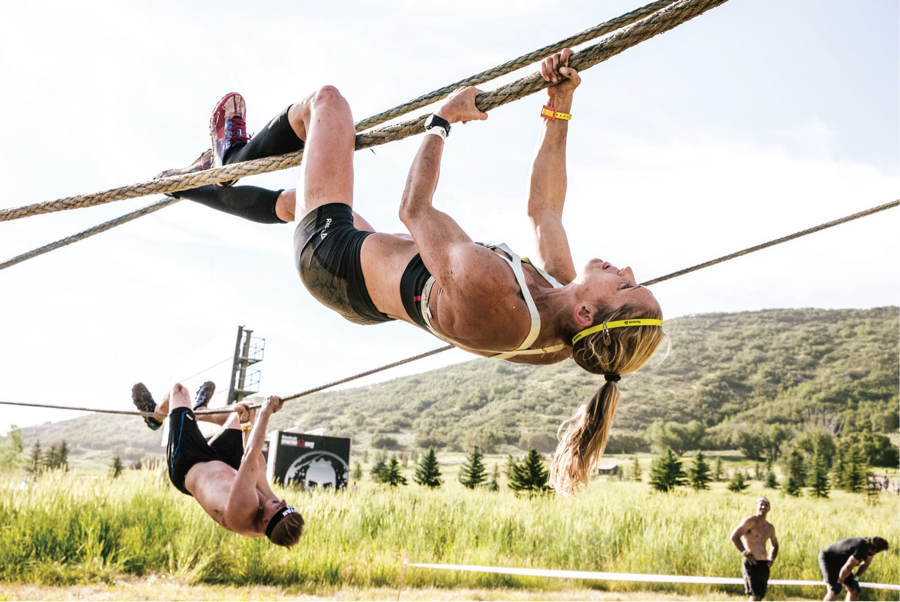 Five years ago, I didn’t even consider myself a runner, much less a competitive athlete. I ran here and there to stay in shape, but I never took it seriously.

Flash forward half a decade, and I was preparing to defend my title of World’s Toughest Mudder in hopes of becoming the first three-time champion in the history of this crazy race. With a few hours to go, I set up my tent and pit area with all the supplies I would need. This elite-level race requires competitors to complete a 5-mile course—filled with extreme obstacles—as many times as possible within 24 hours.

With a 2 p.m. start time, I could sleep in, but I knew I needed to keep calm and conserve my energy. Having earned a podium spot at more than 50 obstacle races, my strategy centered on staying strong for the long haul and knowing the race would not be won in the first few hours.

As I set out at the start of the first loop in 70- degree weather, I was determined to run my own race and not get caught up in the excitement. I settled into a steady pace and tackled the 25 various obstacles along the way.

When night fell and the temperature began to plummet into the 30s, I retreated to my tent in between laps to put on a wetsuit. Since many of the obstacles involved water, keeping my body insulated was crucial for staying strong.

For the first 12 hours, I wasn’t in the lead pack. I forged ahead without diverting from my plan. Feeling stronger as the night turned into morning, I began picking my competition off, passing them one by one.

Eventually I took over the top spot and held it firmly while depositing more time in the bank. Experience taught me not to linger in my tent, so I made quick visits to grab food and gear before heading out on the next lap.

When I hit the 20th hour of the race, my calculations told me that as long as I continued running, I would win another title. Feeling confident for the last few hours, I shifted my focus from competing to enjoying the time left on the course.

I swung through the monkey bars, climbed over walls and jumped off a 40-foot cliff while interacting with fellow competitors, many of whom have become my best friends. By the time 2 p.m. rolled around again, I had finished 15 laps totaling 75 miles and earned the title of World’s Toughest Mudder once again.

Amelia Boone is Doing It for Herself