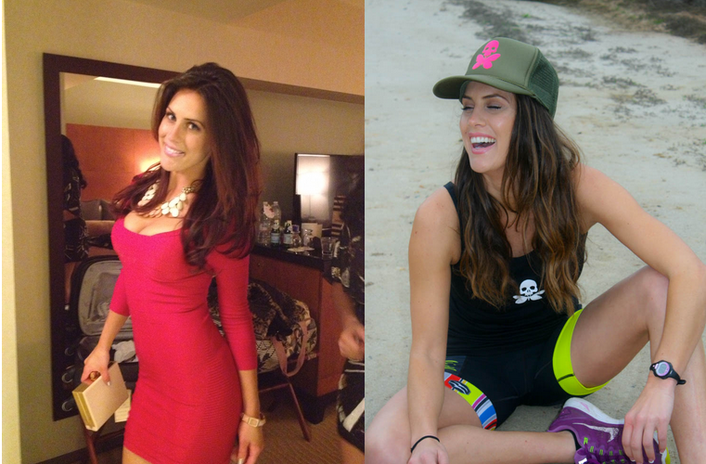 There I was, 30 years old, coming apart in my father’s arms. I had just broken up with the man I spent the past four years building a life with—the man I was supposed to marry.

It all came crashing down the day I went to look at engagement rings with my mom. As I stared blankly at the four-carat princess cut on my finger, I was unable to develop any emotion or feeling at all. In that moment I realized that I could no longer keep up the facade of perfection that I had been living. I had created a life that looked picture-perfect on the outside—the matching BMWs, the size two dresses, the lavish parties, the handsome doctor boyfriend. According to what society had taught me from a young age, I appeared to have it all, but my world was crumbling on the inside. I was no longer in love with this doctor boyfriend, or those things. I had finally come to terms with letting go of the “American dream” and the embarrassment it would cause.

As I sobbed in my parents arms, I remembered feeling as if I had failed, as if I had lost my identity and purpose. I knew I needed to break free from the fake image and venture into the wild to find a deeper and more meaningful path. I could no longer live in the confines of image obsession and excess, or seek validation through external outlets. That night I prayed for the first time in a long time; I prayed for a sense purpose and for a sense of meaning.

The following morning everything in my body was telling me to get up, get outside, and just run! I was a bit confused because I had never been a runner. I played competitive sports for the majority of my life, but the farthest I’d ever run was 2 miles. As I began to explore this feeling, I had an “eye of the tiger” moment and broke out into a full sprint until my physical pain canceled out any emotional pain. For the first time in a long time I felt alive. I can absolutely say that I found my passion through the pain that day.

I kept at it every day for two weeks and decided to sign up for my first half marathon. One month later I was an official 13.1-mile finisher. Holler! Two weeks after that I received an email about an Olympic distance triathlon, so I did what any sane person would do: I signed up for that too. And that would be the decision that changed my life. Here I am, one year later, qualified for the USA Triathlon Olympic-distance National Championships and training for two Ironman races (half and full) this year. Triathlon has given me purpose, and it has given me meaning. Swim, bike and run has brought an unparalleled amount of joy and happiness to my life. I no longer feel the need to depend on a man, or anyone else for that matter, for sense of identity.

Running has also taught me to not look at my body as something that defines me, but rather as something strong and beautiful that helps me to crush epic races. I no longer look in the mirror every day and pick apart my imperfections because I value my body, my machine. This sport also gives me an insatiable desire to encourage others to seek their path to enlightenment too. I would love nothing more than to be able to pave the way for young women and girls who are unsure how to navigate through society’s trenches. I hope I can do enough in this sport to inspire as many people as I can to chase after their dreams and find what I’ve been so blessed to have found. For me, that makes all the pain, blood, sweat and tears (and pending “M-dot” tattoo) worth it. Please allow me to inspire you, and aspire to do something incredible. And if all else fails, just run!